Former Saturdays star Una Healy has opened up about her split from rugby player Ben Foden, just a month after he married his new girlfriend.

Ben and Una married in 2002. They share kids Aoife and Tadgh and split last July after reports of Ben's cheating surfaced.

Now Una has spoken out about the split and admitted she went through "hell".

RSVP Live reports that Una posted a throwback picture to Instagram of herself as a blonde, taken a year ago. 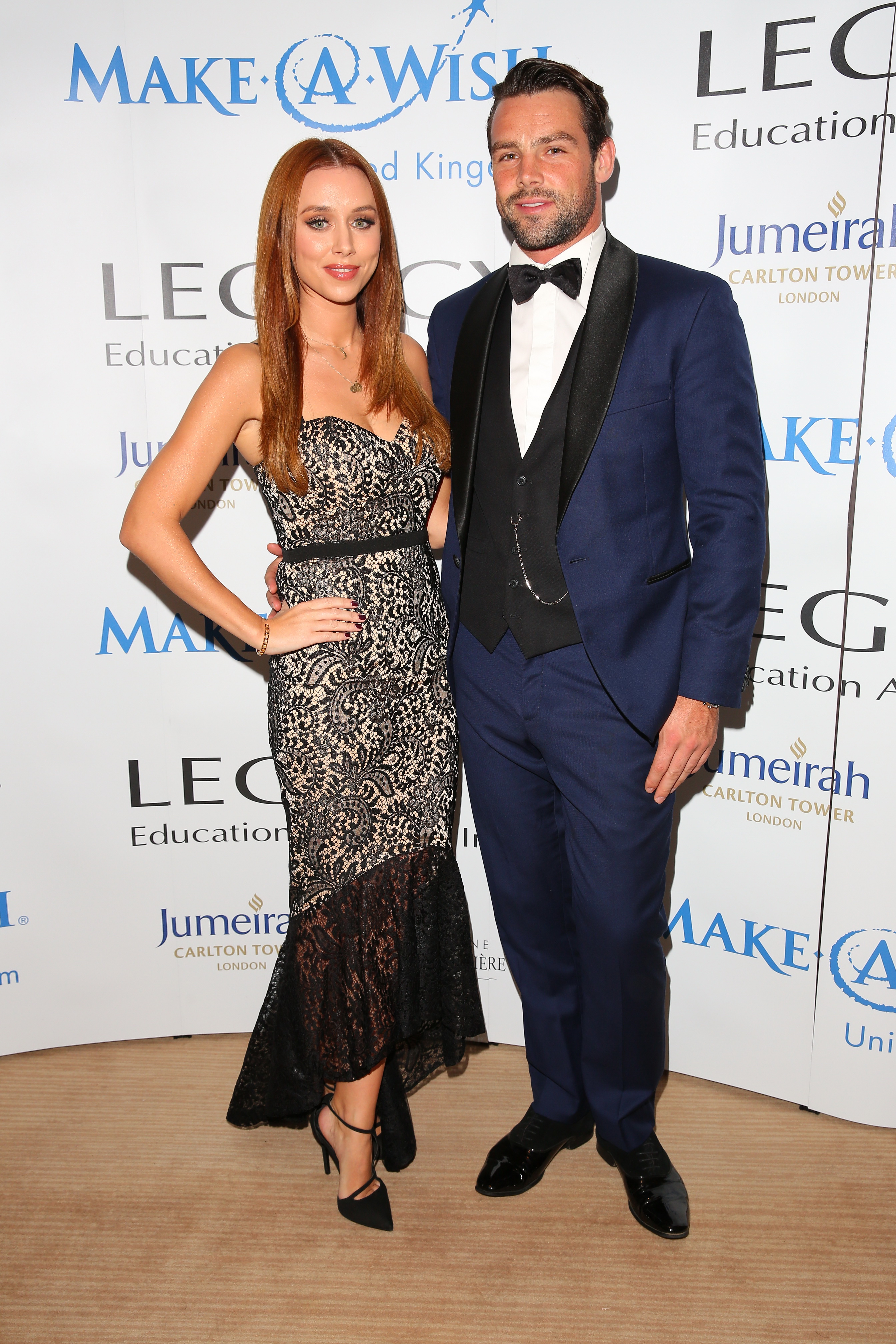 The couple split after allegations of his cheating emerged (Credit: Splash News)

She said: "I might look happy here, but I was going through hell. Time is a healer and so blessed right now."

I might look happy here, but I was going through hell. Time is a healer and so blessed right now.

He said: "My life's a bit of a mess. I'll always love Una. She's my first love and the mother of my kids. I never meant to hurt her in the way I did."

Ben also revealed that Una gave him her blessing when he decided to marry new girlfriend Jackie after just two weeks of serious dating.

Ben said the people who needed to know about the wedding were told before anyone else and were happy for the couple.

This last year has been by far my toughest and most turbulent for a number of reasons that many of you I’m sure are aware of, in some way or another. The world has a funny way of working things out, many people think I’m a bad person - as I’m sure they’ll be many nasty comments left under this post by keyboard warriors a plenty. But I met a girl who seriously swept me off my feet and in a time of hardship showed me love, a deep devoted love. People will say we are mad or crazy or even fools, as @snackyjax and I had only been dating seriously for a little over 2 weeks before deciding to get married. But when someone like her comes in to your life, why would I wait? 🤷🏻‍♂️ The people who needed to know, such as close family and friends were told before anyone else and they are happy for me including my beautiful X wife @unahealy who I love even more for her blessing. Life is short and you only get one and it’s worth living. Jackie is the greatest human being I’ve ever come across - she’s beautiful inside and out, intelligent, charming, funny, generous, kind, gentle, energetic the list goes on. 😊 She will be a great step mum to Aoife and Tadhg and offers me a future I can’t wait to explore with her. My heart is full and I honestly couldn’t be happier, so those that want to bring negativity or try and tear me down go ahead. My life is great and I hope you all will one day feel happiness like i feel while I write this caption. I love you @snackyjax I can’t wait to see where our lives lead together you brought excitement and joy to my life and I couldn’t be prouder having stand at my side as Mrs Foden. (BTW the witness is Jackie’s sister @leila.bela thanks you too hun for being a legend) #Love

He added: "Including my beautiful ex-wife Una, who I love even more for her blessing."

However, Una's Saturday's bandmates "rallied round" the star following the news, saying it must have been a "shock to the system" for the singer.