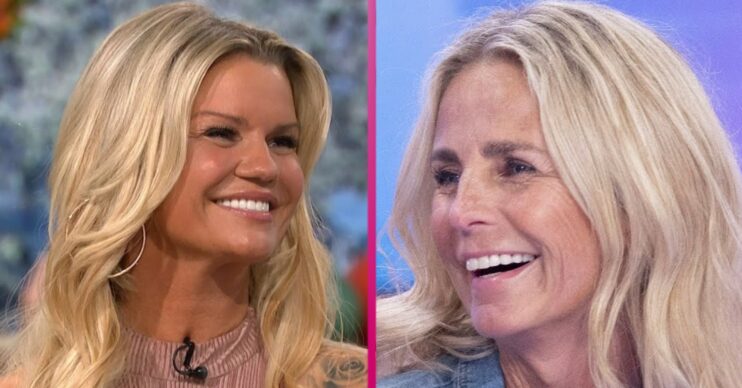 Pals will star on Celebrity SAS together

Kerry Katona has been praised as a “beautiful soul” by Ulrika Jonsson on Instagram.

She also indicated Kerry, 40, helped perk her up again after an emotional Ulrika let it all out.

What did Ulrika Jonsson say about Kerry Katona?

Sharing a selfie of them both on her Instagram Stories, Ulrika said how she ‘loves’ her friend.

Ulrika wrote: “Thank you to this beautiful soul who had to listen to me sob my heart out this morning and then made me laugh.

Ulrika didn’t reveal why she was “sobbing” to Kerry.

However, the star updated her followers elsewhere in her life and revealed a breakfast fail.

She shared an image of a burnt piece of bread – and poked fun at herself by noting how she was once a Celebrity MasterChef finalist.

Her culinary excellence eventually won the day, however. Ulrika managed to salvage the charred hunk of bread by using it for a “hybrid pan con tomate bruschetta”, shown on her Stories.

How did Kerry Katona and Ulrika Jonsson become friends?

Earlier this summer, Ulrika revealed in an interview she conducted with Kerry for The Sun that the pair became close last autumn.

They got to know each other after filming for Celebrity SAS: Who Dares Wins.

Hailing Kerry as ‘vulnerable but unbreakable’, Ulrika revealed: “I have known Kerry from a distance for many years and always had a deep affection for her.

“But we did not meet properly until October last year, when we spent time working together.”

Read more: Ulrika Jonsson wow fans as she strips down to underwear on Instagram

And earlier this week, Kerry wished Ulrika all the best for her birthday as she shared a snap of them together.

Kerry wrote: “Happy birthday to this one @ulrikajonssonofficial crazy lady.”

Ulrika replied on the post: “Love you, darling girl.”

– Celebrity SAS: Who Dares Wins airs on Channel 4 on Sunday August 29 at 9pm.