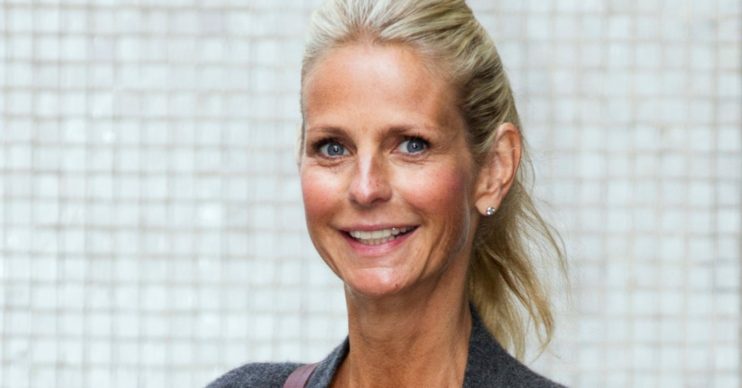 She's looking forward to the summer

Ulrika Jonsson took to Instagram to share a snap of herself in a bikini, showing off her toned physique.

On Thursday (April 1) afternoon, the model and TV presenter, 53, told fans she was looking forward to having an excuse to don the bikini again.

On her Instagram Stories, the mum of four shared a photo of herself posing in a white halterneck bikini.

She seemed to be looking forward to the summer, as she wrote in the caption: “I want to wear one of these again…”

Her phone covered her face in the picture. A large shade on the dining room ceiling light sat directly above and behind her head.

She jokingly added, “…and IKEA lampshade on my head” with the hashtag #bikinigirl.

In other Ulrika Jonsson news, she recently became the latest celebrity to wade into Prince Harry and Meghan Markle‘s falling out with the Royal Family. And she accused the couple of making “the grandchildren part of the collateral damage”.

I want to wear one of these again.

The ex Gladiators host said she felt the Duke of Sussex had made a “firm choice” to pick his wife over his family.

Ulrika has had four husbands and said she has maintained contact with each of her in-laws to “retain relationships”.

The star wrote in The Sun: “That may be as it should be but falling out with the in-laws and greater family is painful and not without ­consequence. Especially when there are children involved.

“I’ve stayed in touch with my former in-laws because I wanted to retain the relationship despite the fact that my marriages expired.”

She added: “It seems wholly unnecessary to make the grandchildren part of the collateral damage.”