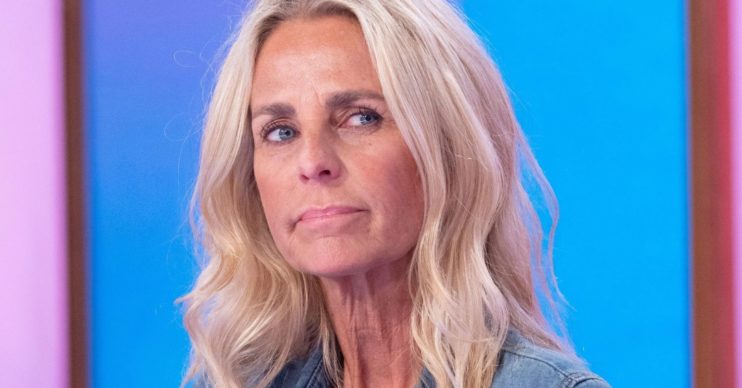 Ulrika Jonsson has been left heartbroken after her beloved rescue bulldog has been diagnosed with cancer.

The Swedish model and presenter took to Instragram to announce the devastating news with her fans yesterday (October 15).

Alongside the meaningful post, Ulrika shared a series of photos of Leo throughout the years.

The first showed the English bulldog as a tiny puppy, while another was of Leo’s fluffy paws.

Ulrika, 53, penned: “My darling boy. Mummy’s Boy from the very first moment I picked you up; our eyes met and you looked pleadingly into mine searching for shelter and protection.

You’re in my harbour now and I will shelter you, my boy

“All of that I will continue to give you, dear boy, as we climb the mountain of Chronic Lymphocytic Leukaemia.

“We shall lean on the wonderful staff of @fitzpatrick_referrals oncology for treatment and lean on each other for loving and meaningful time together.”

She added: “The dream is to keep you healthy and happy and to prolong your life for as long as it is in your interest.

Ulrika’s followers rushed to comment their well-wishes, with one saying: “Feeling your love and sadness. Our dogs are precious to our well being and souls. Sending positive vibes.”

Another added: “Oh Ulrika… my heart aches for you. I’m here for you in whatever way you need. Sending you and Leo strength and healing thoughts along with so much love.”

Ulrika opens up on the importance of pets

Last year, Ulrika revealed her English bulldogs, Nessie and Leo, had been lifesavers during her challenging divorce from ex-husband Brian Monet.

Speaking to Best magazine, she said: “They’re amazing company. I suffer from depression, and what dawned on me after a few years of having them is that I might not be here today if I didn’t have those dogs.

“They’re amazing for your mental health.”

The star continued: “Because dogs give so unconditionally, I’ve always had a soft side for them. My dogs are always by my side – they’ve seen all the highs and lows.”

What happened between Ulrika and husband Brian?

Ulrika and Brian split in March 2019 after she revealed counselling was unable to save their 11-year marriage.

She told Best magazine: “You can only resolve problems with another person. If I’m honest, getting another divorce aged 51 is not where I thought I would be, so who knows?”

Despite their differences, Ulrika and Brian have continued to successfully co-parent their children, son Malcolm and daughter Bo.