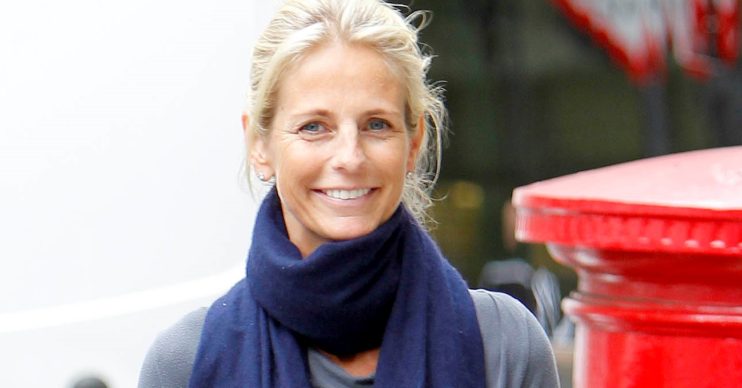 The TV star loves to show off on social media

Ulrika Jonsson isn’t afraid to show off her figure on Instagram.

The TV star took to social media on Friday to share her haircare routine with her followers.

Ulrika shared a video of herself in the bathroom after stepping out of the shower.

Wearing nothing but a towel, she said: “Don’t get me wrong, I love my hair but it’s not looking too great at the moment.

“Obviously it’s changed a lot over the years.”

However, it wasn’t just her figure she was displaying.

She also showed off her new ink, a quote that reads “Mother of Bullies,” and a paw print with her dog’s name on the top of her back.

On her Instagram Story, Ulrika confessed that the tattoos became “long overdue”.

Not only that, but she revealed she had also had another piercing done.

She penned: “Sneaky piercing today @ravepiercings. Turns out I’m a bit of a bleeder…”

Meanwhile, Ulrika recently opened up about the way she handled being in an abusive relationship.

After seeing Mel B in a domestic abuse campaign, 53 year old Ulrika decided to open up about her own experiences.

In 1998, the TV star was assaulted by her boyfriend of the time, Stan Collymore.

Following the heartbreaking public confrontation, Ulrika has now revealed that she was approached by domestic abuse charities who wanted her to speak out.

However, at the time she declined to do so.

Now, two decades on, Ulrika has confessed that she’s frustrated she didn’t take the opportunity.

Writing in a column for The Sun Online, she explained the reason for her decision at the time.

She said: “I did not because I felt that his one flash of hatred and fury felt so minimal, so reduced, so insignificant when I measured it against the suffering of other women who were being pummelled daily.

“I would have felt fraudulent, attention-seeking and as if I were exploiting the situation.”

“I wish I had drawn attention to the fact that abuse comes in so many forms and not just the physical punishment,” added the star.