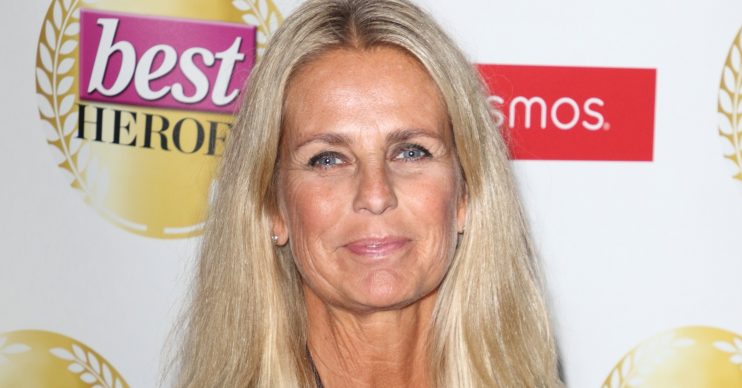 Ulrika Jonsson has spoken openly about having sex for the first time in five years – and said it was like losing her virginity all over again.

The 52-year old wrote in her The Sun column that the menopause had severely affected her self-confidence, causing her sex life with former husband Brian Monet to suffer.

She claimed: “This is not intended as an overbearing gloat, or is it meant as a cheap expose.”

On the contrary, Ulrika has always spoken candidly about the break-down of her marriage.

The TV personality was on Loose Women in 2019 admitting that she and Brian had sex once in eight years.

This time I felt much more in control and less scared.

Ulrika split from Brian, an American Advertising executive, after 11 years of marriage.

And, it was their lack of sex left her a lot to think about: “To be honest, two years ago I had no expectations of ever having sex again.

“For many menopausal women libido diminishes and, in some cases, vanishes completely.”

The former Gladiators presenter went on to confess that after birthing four children “those days of swinging from the chandelier and running naked through the garden were a dim and distant memory… never [to] be repeated”.

She also admitted that walking away from a 14-year relationship and becoming single left her feeling “confused, a bit fearful and definitely feeling hopeless”.

But, the mother-of-four has since revealed that she has been “brought back to life” after meeting a man on social media.

Adding: “I joke that it was like losing my virginity all over again — except this time I felt much more in control and considerably less scared.”

Ulrika shares one son with Brian, he third husband, Malcolm, 10.

In 2014, Brian adopted Ulrika’s daughter Bo, 18, from her previous relationship with Markus Kempen who she wed in 1990 but divorced five years later.

The presenter also shares daughter Martha, 14, with ex-husband Lance Gerrard-Wright, who she was married to for two years.