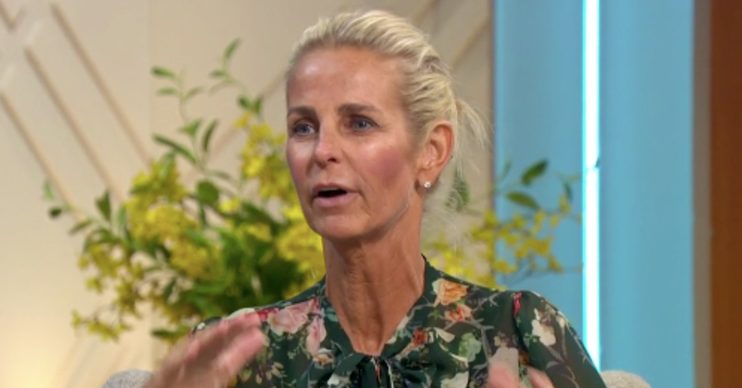 A victim at the hands of several partners

Ulrika Jonsson has confessed that she wishes she had spoken out about being abused.

The 53 year old has bravely opened up about her experiences in a tell-all interview.

In 1998, Ulrika was assaulted by her boyfriend of the time, Stan Collymore.

After the public confrontation happened, Ulrika has revealed that she was approached by domestic abuse charities to speak out.

However, at the time she declined to do so.

As a result, Ulrika has shared her frustration at her refusal more than two decades later.

Ulrika Jonsson opens up about abuse

Writing in a column for The Sun Online, said: “I did not because I felt that his one flash of hatred and fury felt so minimal, so reduced, so insignificant when I measured it against the suffering of other women who were being pummelled daily.

“I would have felt fraudulent, attention-seeking and as if I were exploiting the situation.”

Ulrika went on to confess that the incident was sadly not the only time she had experienced abuse.

She said that it was just one of a “long list” of moments that happened with several ex-partners.

The TV star says she wished she had realised how emotional abuse can “often be so much worse”.

“I wish I had drawn attention to the fact that abuse comes in so many forms and not just the physical punishment. But the psychological and emotional destruction can often be so much worse.”

At the time of the attack in 1998, Ulrika’s ex, Stan Collymore, made a statement apologising for his actions.

He said: “In a fit of petulant temper I struck out at the girl I love and immediately regretted my actions, but by then it was too late.”

She praised the singer, and said the Woman’s Aid video made her “well up”.