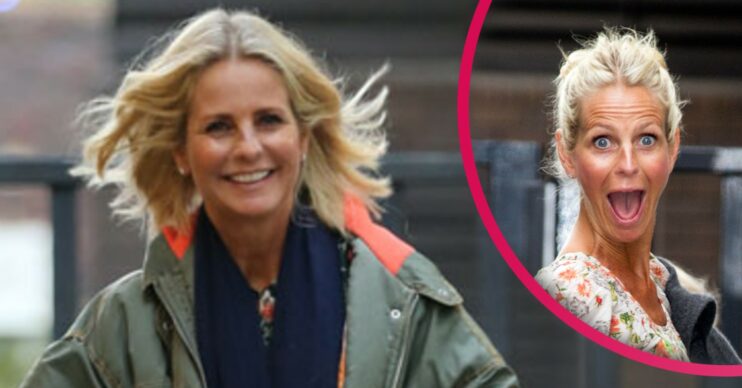 Ulrika Jonsson has confessed she ‘doesn’t give a f***’ that her children cringe over her racy Instagram posts.

The mum of four has famously stripped off to real her impressive figure several times on social media.

Now, Ulrika, 54, admits her children are less than impressed with her wild image online.

Talking in The Sun she says she will do what she wants with her life – not what her kids tell her to.

She said: “I don’t give a f*** about them. This is my life. I’ve dedicated my life to them. Yes, there are probably times when they’re unhappy, but they don’t voice it anymore.

“I have more years behind me than I have in front of me and I have shown more than my dedication to them and that will continue. Sometimes, they go ‘oh cringe’. but that’s the role of the parent to embarrass the children.”

Read More: Ulrika Jonsson thanks Kerry Katona for ‘listening to her sob her heart out’

Ulrika almost admitted that shes learning to love her body as it is as she grows older.

She continued: “I’m trying to find a way to love my body. It’s a bit wrinkly but that’s how it is. In terrible lighting, it can look alright.

“And why shouldn’t I? We’ve all been programmed to different things. I was always told very bad, negative things about my body as I grew up and now I’m like, I’m 54 and I’m going to put my body out there and it is what it is.”

Read More: Ulrika Jonsson hits out at ‘cringe-inducing’ Caprice over ‘never say no to sex’ with husband comments

Talking about the move she said: “It came along at a very low time in my life at the end of last year. I felt, for various personal reasons in a very low place.

“This offer came up and I immediately thought ‘I need to get away, as far away as I can and get some sense knocked into me’.

“Most people would go to a spa for two days but I felt the need to go and learn something.”

She continued: “I hadn’t watched the show. I’d seen bits, but I’d s*** myself when I watched it because it’s all the things I’m not about.

“I’m not about courage or bravery. It was challenging myself in a self-destructive way. I felt I was already broken. I was a person in pieces. It was just personal things, personal relationships, family, the world.

“Certain things affect you and trigger you. It was a difficult time. It felt like the right thing to do, for me.”

Celebrity SAS: Who Dares Wins is on Channel 4 tonight at 9pm.