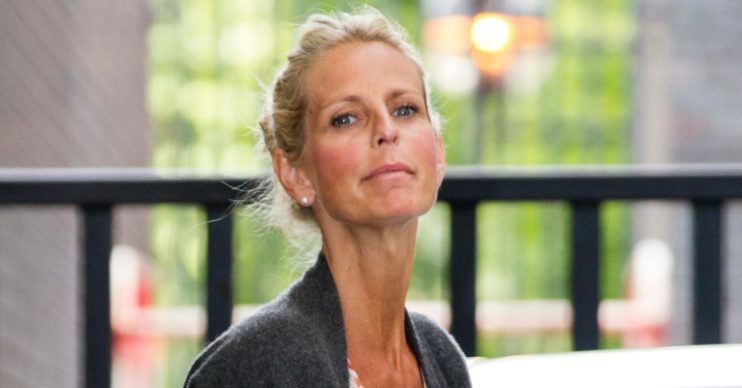 She said he had a 'wonderful life' with her

Ulrika Jonsson has lost her second dog in three months, as she revealed her beloved pooch Fella has died.

The TV presenter, 53, told her social media followers the bulldog died in his sleep while living in another household.

What did Ulrika Jonsson share about her dog Fella?

Ulrika shared a string of pictures of Fella on Instagram and told fans she felt “broken” at losing him.

Fella, whom she took in two years ago after a charity rescued him, had been living with a “foster mummy” as one of her other dogs, Leo, had developed “issues” with him.

Read more: Ulrika Jonsson reveals she is ‘distraught’ after giving away beloved dog

She wrote in the post’s caption: “My beloved Fella passed away in his sleep this morning. Many of you will know he came to me July 2019 as a handsome nine-year-old in very bad shape.

“The glorious @theedwardfoundation saved him and I cared for and loved him. He spent the last two and a half months with foster mummy Clare, as Leo developed issues with Fella.

“He would have been 11 in June and oddly, he came through very vividly in my thoughts yesterday.”

Writing further, Ulrika said Fella was ‘her boy’ and, despite coming to her in bad shape, had lived a “wonderful life” in her care.

She told her followers: “He was my boy and lived a wonderful life after his rescue. [I’ll scatter his ashes] where Nessie and Dexter lie because I wanted my home to be his final resting place. #fella #broken.”

In the comments, Ulrika Jonsson’s fans offered her supportive messages.

He was lucky to have you loving him at the end of his life.

One said: “His gorgeous gentle face, and what love, sending you lots more love now.”

Another commented: “Oh love, I’m so sorry. Look after yourself. Sending love and hugs.”

Someone else put: “You made his last years the best ones so he flies high with love in his heart.”

“Aaaw. That is so sad,” wrote a fourth. “He was lucky to have you loving him at the end of his life.”

Warning fans of the pooch’s health battle, she wrote on social media: “Ma grande dame. My first born fur baby. Has spent 48 hours at our lovely vet’s. She’s not going to win this battle. I’ve been beyond distraught and bereft. We will keep her at home as long as we can. My girl. #nessie.”

In a subsequent post, featuring a black-and-white snap of her with Nessie, she wrote simply: “She’s gone.”