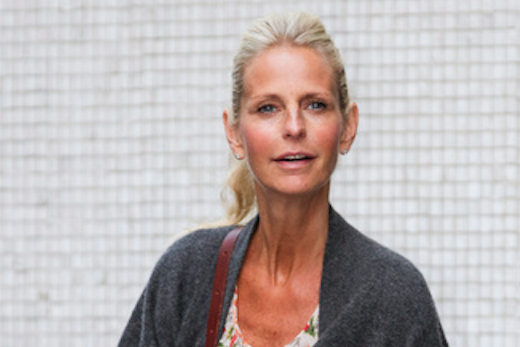 She knows what she's looking for from a future partner

Ulrika Jonsson has revealed her “sexless marriage” made her dislike her own body and feel “repulsive”.

The 52-year-old TV star previously admitted she almost asked her third husband Brian Monet for permission to have an affair after claiming they’d had sex only once in eight-and-a-half years.

In the past couple of the months mum-of-four Ulrika has appeared on First Dates Hotel in her search for romantic company.

She’s now fronting a dating app for the over 50s – and she has her own profile on it where she describes herself as a “52-year-old bird – thrice-divorced – who has dedicated her life to family”.

Thanks to @mdlondon & the lovely @ashleighjanemakeup for making me feel fab and not just like a 52-year old mum of four (and “a wrinkly old woman”, as the 11-year old Ungrateful calls me). Thank you, thank you.

However, Ulrika believes the lack of intimacy she experienced had serious consequences for her wellbeing.

She told Metro: “It had a really detrimental effect on me. I started disliking myself; my body; I felt repulsive and started shutting myself off physically and psychologically.”

I felt repulsive and started shutting myself off.

The former Gladiators and Shooting Stars favourite also stressed the importance of intimacy for a couple as the years pass.

Ulrika continued: “We all know that as relationships mature, sex is no longer the swinging from the chandeliers stuff and I’ve always found that ‘settled stage’ quite reassuring. But there has to be some intimacy in a relationship in order to sustain it.”

“Mr & Mrs In Bed” (Ladies, find yourself someone who loves you like Leo loves). #loveisallyouneed #andmaybe #abulldog

She added: “I thought I could live without it. But after years of trying to, I think I realised that it is such a fundamental human need – just having that closeness with someone. I think there’s nothing better.”

And it appears Ulrika has very clear ideas on what she’s looking for at this stage of her life.

Listing her requirements, she tells the website she’s looking for a man who can make her laugh and is interested in good food.

What happened to silver fox Paul, then?

‘I couldn’t bear the rejection.’ Ulrika Jonsson opens up about the difficulties initiating sex in her previous relationship. pic.twitter.com/NiaidITgT0