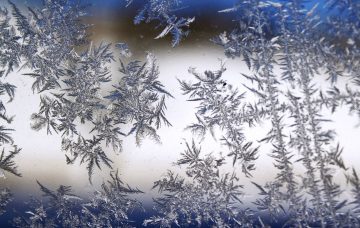 Snow could batter UK as ‘coldest winter in 30 years’ predicted

The UK could endure snow, snow and more snow over the next couple of months as predictions it will be the coldest winter in three decades have been forecast once again by weather experts.

According to The Sun, conditions could become much colder later this month – with freezing air on its way to the UK from the North Pole.

The tabloid claims a band of low pressure stretching from Greenland to the coast of Ireland will come with it to create an icy autumn.

Exacta Weather forecaster James Madden is reported to have told the newspaper’s website: “October is now looking like it will turn out to be colder than average with more of a chance of something wintry setting in through the second half of the month.

Storm Lorenzo weakened on Thursday night as it moved over the UK, leaving a cloudy day on Friday with some rain and gusty winds in the southwest. . A brief drier and brighter spell will follow on Saturday morning… . but as we can see here, there’s another low that will affect the UK this weekend. . The fronts from this large low will bring cloud and rain in from the Atlantic during Saturday. . Most places will have a wet Saturday night and with the rain lingering in the east into Sunday morning the wet weather cause some problems with flooding. . A yellow warning has been issued for Sunday – stay up to date and stay #WeatherAware . See our story for a full weekend forecast.

“There is a strong chance of widespread frosts and the chance of snowfall which will set the scene for November.

“This will pave the way for what is shaping up to be a colder than average winter with some extreme cold weather events.”

Mr Madden is also reported to have claimed that conditions could prove “particularly troublesome” from December.

Researchers previously said a comeback for the Beast from the East could blast the country with icy temperatures and snow – and stay for weeks on end.

Here’s a trip down memory lane, with some of our Weather Watcher photos from this time last year….#BeastFromTheEast ❄️🌨️ pic.twitter.com/MQPhOS4c2k

According to the Sunday Times, Mark Saunders of University College London believes Britain will be subject to record low temperatures for the season.

The last appearance of the Beast from the East in Britain in 2018 brought perishing conditions as low as -14C in Scotland.

Seventeen people died as a result of the terrible weather.

There’s more 🌧️ wet weather on the way for some this Saturday.
Here’s a look at the latest 4-cast pic.twitter.com/z6xvWH2Q1G