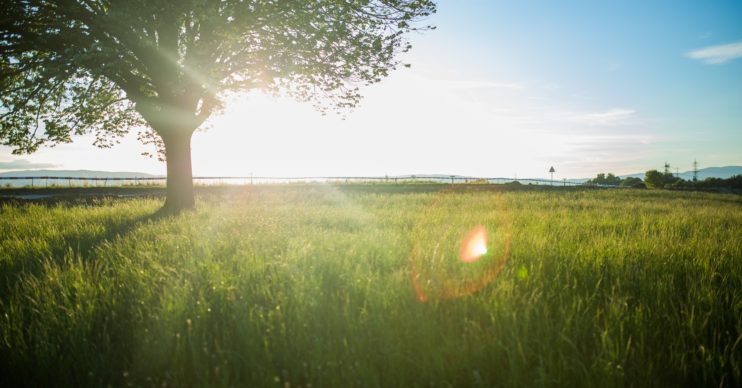 UK weather: Heatwave ‘on the way this week as 600-mile swell of heat sweeps in’

UK weather could swing up in temperature again in the next few days for a warm September spell.

According to forecasters, Britain could enjoy a mini-heatwave later in the week due to a “subtropical swell”.

It is believed the 600-mile swell of heat will sweep in across the Atlantic, raising hopes for an Indian summer.

And the sunny, warm air conditions – which could see it reach 26C – could arrive by Tuesday.

Read more: Kerry Katona shows off birthday surprise from fiancé and kids as she celebrates 40th

That will mean Britain will be basking in the same temperatures as experience in Spain.

Met Office meteorologist Greg Dewhurst told the Sun’s website: “It will be much drier across the country with some sunny spells, with the best of those across east and southeastern regions.

“In terms of temperature it will be warmer, and we could see highs of 24C across East Anglia all the way down to London.”

However, it may be cooler in the northwest of England where lower temperatures of 18C are expected along with showers.

What are your Sunday afternoon plans?
Watch out for some heavy showers 🌦️ pic.twitter.com/XGRwDFpXbK

But Weather Outlook forecaster Brian Gaze told the tabloid that temperatures of 26C may be possible.

Looking ahead to Wednesday and Thursday’s weather

And according to BBC Weather, Tuesday could see a few showers in western regions. The Beeb also suggest Wednesday will be drier and more settled as the high pressure closes in.

And Thursday should see dry, sunny and fine conditions, even though it may feel slightly cooler. Rain could also appear in the north west towards the end of the day.

Until then, rain could break out across the north of the UK on Monday. But it is expected to be largely dry in the south east and the east of England. Cloud could build throughout the day, however.

Temperatures are tipped to stay within the 15-18C range across the UK, but clearer skies in the east could mean it is warmer there.

The predictions come as bookmakers reckon September could prove to be the hottest ever in the UK.

A spokesperson for Coral said: “Summer is going to return next week. And with one last heatwave, our betting suggests this month could end as the hottest September on record.”