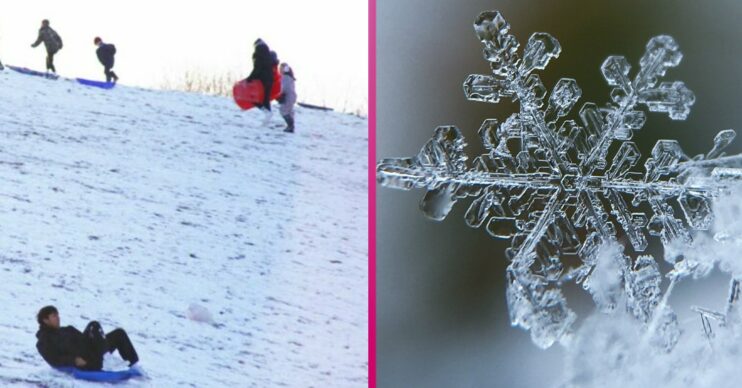 Brits are set to be facing a warmer New Year’s Eve with the UK weather temperature the highest on record in ten years.

Whilst some parts of the country enjoyed a white Christmas with a flurry of snow, it’s now looking like the temperatures will rise to those normally seen in Spring.

The latest weather report is a U-turn after the Met Office previously hinted at colder temperatures for December.

What will the temperature be on New Year’s Eve?

According to the Met Office, the temperature could reach 15 degrees celsius. This would be the highest temperature on record for New Year’s Eve since 2011, when it climbed to 14.8 degrees in Colwyn Bay, North Wales.

Additionally, meteorologists at the Met Office expect it to be warmer than average further north.

This weather is in sharp contrast to that seen in the lead-up to Christmas. Areas across the UK were waking up to snow before the big day.

Storm Corrie was thought to be behind the snowfall that landed in the North of England from Christmas Eve. However, it looks like the weather has flipped as the North can now expect warmer temperatures.

What does the final week of 2021 have in store for the weather?

So far, it’s looking rather mild and unsettled 🌡️🌧️

What do the experts say about the UK weather?

“We’ve had a white Christmas – and now we’re going to see it get warmer.

“It’s going to be exceptionally mild in the coming days and could be as high as 15C on New Year’s Eve. If that’s the case, then another record will fall.”

According to the Met Office Twitter, the weather for the final week of 2021 is “rather mild and unsettled”.

Whilst the week starts with rain and stormy weather, it’s expected to brighten up towards the end of the week.

By Thursday September 30, the weather looks overcast and with some rainfall.

However, New Year’s Eve is expected to be dry and mild for many, with warmer temperatures in the Northern parts of the UK.