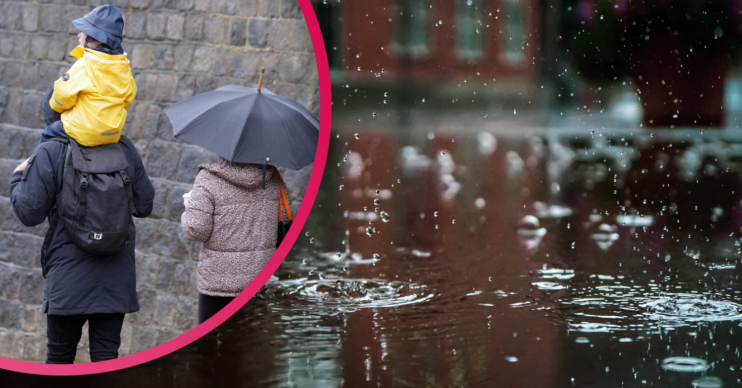 UK weather: Hurricanes from the US to spark yet another chilly autumn

Time to dig out the winter woolies!

The UK is set to be struck by a cold snap this autumn, according to weather reports.

Brits could be hit by strong storms that are actually remnants of hurricanes that were once dominant across the pond.

It’s been a rough summer with the sun disappearing when we needed it most, and it looks like the next few months won’t be any different.

Cold pressure is expected to hit UK shores towards the end of September.

What will the weather be like in the UK in autumn 2021?

Forecaster Brian Gaze of The Weather Outlook told The Mirror that it will be brought by what is leftover from US hurricanes.

He continued: “There are going to be some similar atmospheric factors at play this autumn when compared to last autumn. The biggest factor that will be similar will be La Niña. Our thinking is that by October we will likely be in a La Niña, with the transition to La Niña happening this September.”

La Niña is a climate pattern that describes the cooling of surface ocean waters along the tropical west coast of South America.

What will the weather be like on August Bank Holiday Weekend?

Fear not though, at least in the short term the UK is set to enjoy a nice Bank Holiday Weekend.

In its forecast from Sunday (August 29) onwards, the Met Office says it will be relatively mild.

“High pressure is likely to dominate through the end of August and the start of September. It will result in fine and settled weather across the UK.

“This will bring variable amounts of cloud, sunny spells, a few light showers, and some fog patches overnight.

“It looks increasingly likely that largely settled conditions will persist through much of the rest of this period. Though perhaps weak frontal systems bringing light rain and showers at times.”