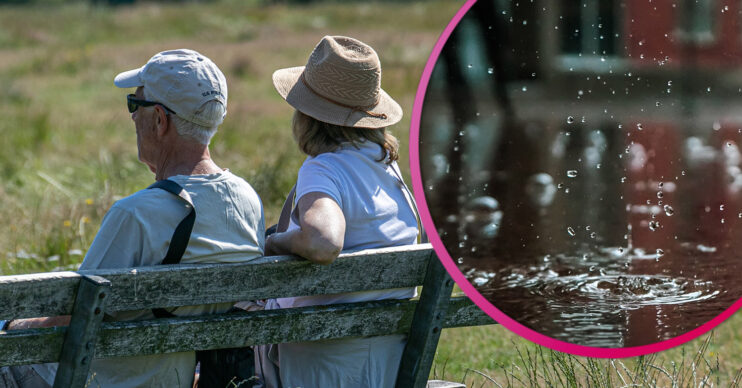 We knew it was too good to last...

The UK weather is set to scorch the country for the next several days until the end of the week.

According to forecasts, the temperature will creep up into the 30s for many on Tuesday and Wednesday.

But lovers of hot, sunny weather will be disappointed to learn that rain will move in at the end of the week.

Here's a snapshot of the days ahead

What has the UK weather got in store for us this week?

The Met Office tweeted out its latest forecast for the week today (July 19).

Using the hashtag #UKheatwave it showed maps of the UK dotted with sunshine symbols.

Temperatures showed that parts of the UK will be bathed in 30-degree heat throughout Tuesday and into Wednesday.

On its website, the Met Office says: “Another mostly sunny and hot day, with higher temperatures extending further north into Northern Ireland and southern Scotland.

“Cloudier far north. Risk of a thunderstorm in south later.”

When will things change?

However, things will change at the end of the week.

While temperatures are set to stay high in many parts of the country, clouds will start to appear by Thursday.

And on Friday, temperatures will dip slightly and rain will enter the equation.

It says about the end of the week: “Fine and dry for most, just the odd isolated afternoon shower.

“Very warm, locally hot, although northeast coasts will be cooler. More widespread showers will reach the southwest on Friday.”

Where did the heatwave come from?

The July heatwave comes amid warnings of Brits to take care in the sun.

Over the weekend, people flocked to beaches and parks as the sun beat down.

A Met Office spokesperson explained: “The extension of the Azores high is the principal reason behind the UK’s current weather pattern, which will see much of the UK reach heatwave thresholds over the weekend and into early next week.”