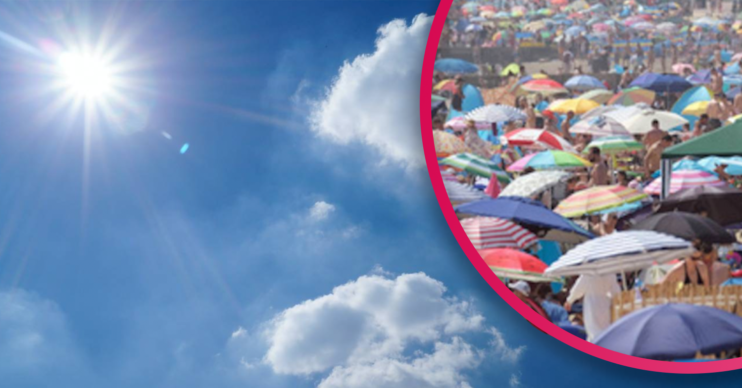 Brits to bask in sunshine

Heatwave weather in the UK looks set to dominate the first half of August, according to forecasters.

Excited Brits have been hoping the recent sunny spells could rescue the summer following a mild July.

And after the UK enjoyed its third hottest day ever on Friday, it looks as though August’s weather could indeed save it.

Temperatures hit 37.8C in London – and experts believes more days of 30C and more are on the way.

It is believed the upcoming heatwave could be caused by an African heat flare, due to hit the UK.

And that could result in temperatures taking a sudden jump up of 10C or more.

We could be in the very hot category once more.

The 700 mile-wide heat flare could also ensure the hot weather continuing until the middle of the month.

The Weather Outlook forecaster Brian Gaze told The Sun: “Computer models suggest a very warm or hot period from Thursday, lasting for as long as mid-month. 35C is possible again.”

And Met Office forecaster Marco Petagna predicted: “There are growing signals for further hot weather ahead. It could be deja vu with another southerly flow.

“But it’s back to square one at the start of the week with a cool north-westerly.”

BBC meteorologist Matt Taylor also indicated Britain will feeling the heat again after a dip from the highs on Friday.

He told BBC Breakfast viewers: “After that exceptional heat we all experienced on Friday, it has certainly turned cooler this weekend.

“However, we still have some sunshine around and when that sun is out, the weather will feel quite pleasant.”

He added: “In the second half of the week, temperatures are set to climb across the country once again.

“Once we hit Friday and Saturday, we could be in the very hot category once more, especially across the eastern half of the country.”

BBC Weather forecasts that Monday will see “variable amounts of cloud” as well as sunny spells and scattered showers. It could become
breezy in some areas, particularly in Northern Ireland and western Scotland.

Despite the imminent glorious conditions, the weather will concern those who believe lockdown restrictions have been hit.

Sun worshippers were out in force yesterday, with many beaches packed and few signs of social distancing being followed.