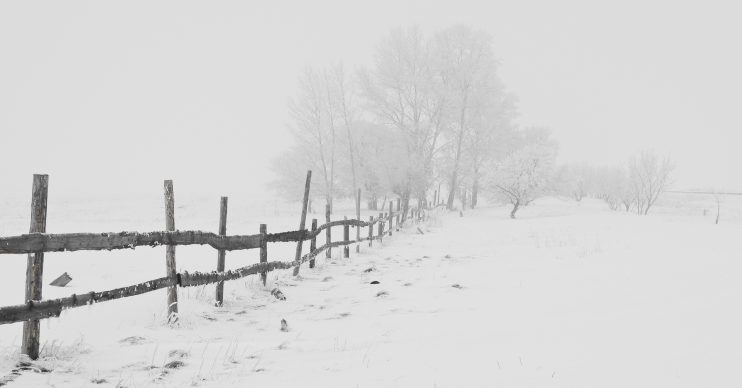 February is expected to contain some very unsettled weather

The UK is bracing itself for a ‘foot of snow’ next week as a ‘cyclone’ sweeps in on a powerful jet stream, according to a weather report.

It is thought next week’s volatile weather could kickstart an unsettled February, with more storms expected to be on their way.

The Express reports that a powerful storm is set to pummel the UK from Monday.

The newspaper says that the storm will come riding on the back of a ‘150mph jet stream’ and will ‘collide with a Polar front’.

Read more: Ant and Dec fans in stitches as presenters share their ‘sexy shower’ version of the Dolly Parton Challenge

It is thought that Scotland and the north of England will bear the brunt of the storm – and temperatures could plunge as low as -3C.

The tabloid also quotes a meteorologist from the Met Office, who said: “Showers could start to turn wintry mainly over high ground, and these could be significant, there is likely to be snow to lower levels.

This would bring some significant snow to the hills and the risk of wintry showers to low ground.

“However, there is a chance we could see much more developed feature that will bring the risk of severe gales and wintry conditions to the north of the country.

“This would bring some significant snow to the hills and the risk of wintry showers to low ground.”

Bored of the grey skies?

Hoping for something colder?

Check out this video 👇 pic.twitter.com/ITwPsbH3tk

Read more: Joe Swash left ‘fuming’ and stunned as it is predicted he will get married in 2020

It is also forecast that up to 12 inches of snow – nearly a FOOT of the white stuff – is expected across the Highlands by Tuesday night.

The website Netweather, meanwhile, predicts: “Sunday completes the change to breezier, more unsettled conditions as a band of rain ‘sweeps’ steadily across the country from the West.

“This’ll be heavy in places, before brighter weather although still with scattered blustery showers already across Northern Ireland, spreads to all but eastern England by dusk, where some parts may start the day bright perhaps with some sunshine.”

But, by Tuesday, places in Scotland may experience temperatures as low as -3C.