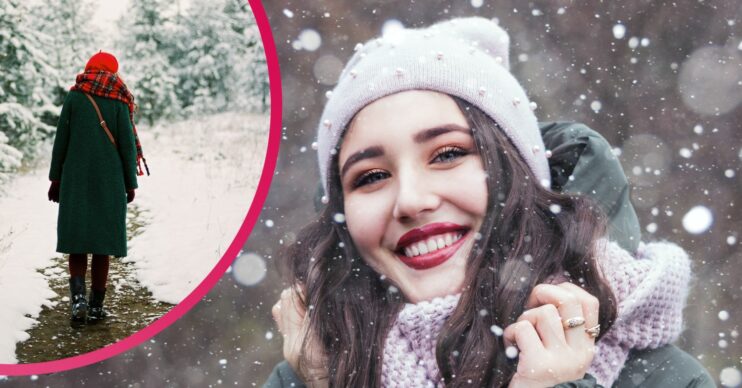 Has it been snowing where you are?

According to the UK weather forecast, snow is tipped to fall by experts. Frost and dense fog is also expected to be on the way.

Reports claim that Scotland and parts of the north of England could endure snowfall.

Temperatures are tipped to plummet to below freezing – and could dip as low as -3C in Scotland.

UK weather forecast: Will there be snow?

The Mirror claims WXCharts indicate any white stuff that does fall from the sky could settle for all of Monday.

However, despite the bitterly cold conditions north of the border, England will be warmer.

Temperatures of around 7C are currently being experienced in the Midlands as of Monday afternoon.

And highs of 9C are happening in London and the south of England.

But windy weather is expected to ensure it feels much chillier.

A post shared by Weather from the Met Office (@metoffice)

Monday afternoon and rest of the week forecast

In their latest YouTube forecast, the Met Office have clarified the rest of Monday will be cloudy.

Additionally, the west of the country will be damp and mild and it will be chilly in the east.

It will turn quite chilly.

However, another recent Met Office weather update for the next ten days also noted how frost and dense fog patches are on the way.

Meteorologist Alex Deakin explained: “It will turn quite chilly with frost likely to form.

“And as well as that frost, we could also see some patches of fog forming on Tuesday night and into Wednesday morning.”

Snow is reportedly also expected towards the end of the month.

There’s rain🌧️, fog🌫️ and frost 📉 in the forecast this week

Find out where and when in the latest week ahead 👇 pic.twitter.com/dava9fSRc1

A Met Office spokesperson said: “A more unsettled regime is most likely during late January and into early February with spells of wet and windy weather followed by brighter but showery interludes.

“Northwestern areas are likely to be wettest with southern and eastern areas seeing the best of any drier interludes.

“Overall temperatures are most likely to be near or a little above average though some colder interludes are possible.

“Snow could fall to lower levels at times in any colder interludes but is most likely over higher ground in the north.”