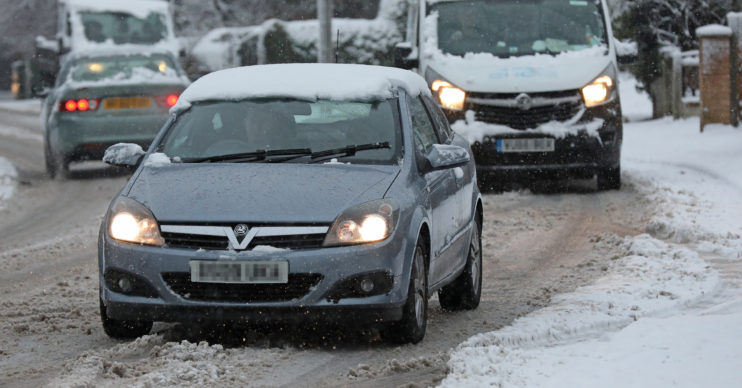 UK weather forecast: Brits to be hit by ‘thundersnow’ next week

Better put the barbies away and get the thermals out again!

According to the UK weather forecast, it’s set to dramatically change next week with ‘thundersnow’ replacing the spring sunshine.

Last week saw record-breaking March temperatures, but the Easter weekend is set to usher in a meteorological maelstrom.

What will the UK weather be like next week?

Last week, on Tuesday March 30, the mercury rose to 24.2C in one part of London.

This temperature became a record-breaker – it was the highest March figure since 1968.

However, although Brits loved getting out into the sunshine, the weather picture will dramatically change next week.

Read more: UK weather: Highs of 24C before rain, sleet, snow and hail wash in for the bank holiday weekend

“Thundersnow is possible too – a thunderstorm that occurs with wintry precipitation. It’s quite rare.

“The lightning can appear brighter because of the light reflecting off the snowflakes, whereas the sound can be dampened down.”

The Met Office says that the weather condition is, “when thunderstorms form in wintry conditions they can sometimes give rise to heavy downpours of snow which are often called ‘thundersnow'”.

Saying that it only happens “a few months of the year”, the weather department says that any lightning that occurs looks brighter.

That’s because the light reflects off the snowflakes.

It also says that the sound of any thunder that occurs in a storm of this nature can be dampened by the snow.

What’s the forecast for next week?

The Met Office says the forecast for next week will be “cold and unsettled” from Tuesday.

“Snow and hail showers are likely just about anywhere,” its says.

“The north, west and eastern coastal areas seeing the most frequent and heavy showers on Tuesday. Some strong winds also developing for a time accentuating the cold feel.

“This general picture continues into much of April, with showers most frequent around the north and east.

“Any snow will most likely be restricted to higher ground of the north later.”