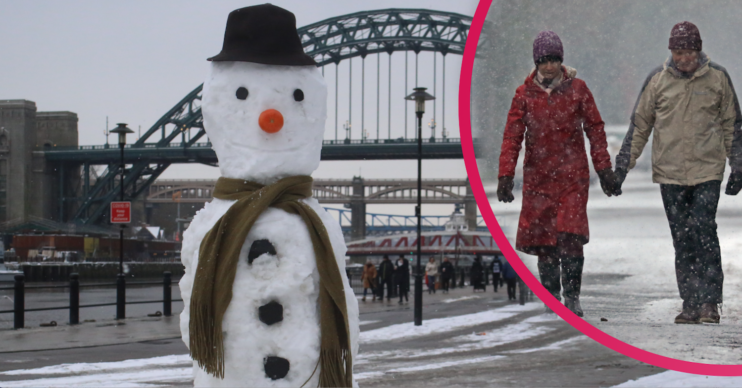 UK weather forecast: Brits could be set for snow from tomorrow thanks to ‘Arctic plunge’

Time to get the winter gear out

The UK weather forecast is set to take a turn for the snowy from tomorrow (Saturday November 20) according to reports.

Thanks to an ‘Arctic plunge’ Brits are set for temperatures that could get as low -7C by the end of next week.

However milder air will feed in from the west early next week before #cold air returns with more force later in the week❄️ pic.twitter.com/9T99pMBoHl

What does the UK weather forecast say for the next few days?

The Sun reports that colder temperatures could hit the north of the country by early next week and in the south by Wednesday.

A Met Office spokesperson told the newspaper: “I couldn’t imagine a better weather pattern for cold weather fans, with forecast models showing a northerly straight from the Arctic next week.

Read more: Weather forecast: Snow heading to the UK with temperatures plummeting to -7 in some areas

“It turns much colder from the north later in the weekend.

“From Sunday, rain is likely in the North, with some snow across higher ground, possibly reaching low levels at times.

“Further south looks to have fewer showers, but with a slight chance of wintry weather, and chilly nights with frost in places.”

In its forecast for Sunday to Monday, the Met Office says that “wintry weather” could hit soon.

The forecast says: “Largely dry at first with some sharp overnight frosts in the north.

Turning colder over the weekend

On its Twitter feed the Met Office says: “Turning #colder over the #weekend with an initial plunge of cold air from the north dropping temperatures across the UK towards the #November average.

Read more: UK weather forecast: Brits to be hit by ‘thundersnow’ next week

“However milder air will feed in from the west early next week before #cold air returns with more force later in the week.”

So the message is clear – get your winter coats out and Wellies and prepare for things to get wintry.