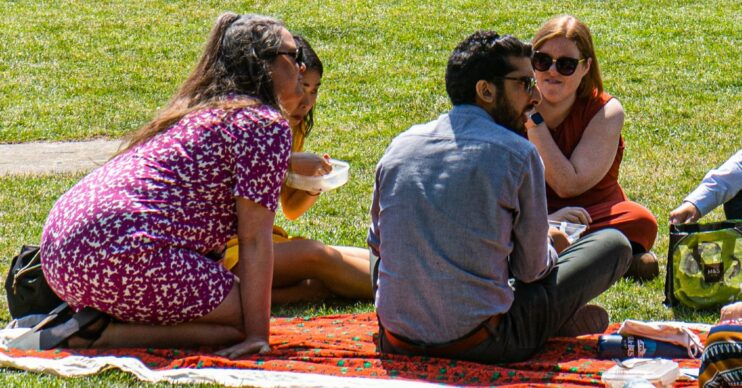 Get the sun lotion out again, guys!

According to a UK weather forecaster, temperatures are set to soar over the next two days.

The UK experienced a record-breaking heatwave last week that saw some parts of the country creep into the mid-30s.

However, things cooled down by the weekend.

But, according to the latest UK weather forecast, the scorching temperatures are set to return.

Wednesday will bring highs between 23C and 27C across much of the south. As a result, Scotland and the north will also turn much warmer.

Ground temperatures could reportedly hit as high as 33C on Thursday in parts of the country as the sun continues to shine.

However, things will change going into the weekend.

While much of the south will hold onto the warm temperatures, the rest of the country will cool down.

Jim Dale, a meteorologist for British Weather Services, told Express: “A ridge of high pressure is currently reaching across the Atlantic from the Azores and affecting the UK’s weather.

“However, this high-pressure system is about to dislocate and form a separate high over Britain, and this will see temperatures rise again this week.”

Read more: Weather forecaster predicts another FOUR heatwaves on the way with temperatures soaring into ‘high-30s’

“Thursday is likely to be the peak when we expect to see 29C in parts of the country before values return closer to normal,” he added.

Forecaster Simon Patridge told The Independent: “After a rather changeable weekend we’re expecting the weather to settle down this week as high pressure develops.

“This high pressure builds in from the west of the UK during the first half of the week bringing lots of dry fine weather to all parts except the far northwest.”

Meanwhile, more heatwaves could be on the cards in August and September.