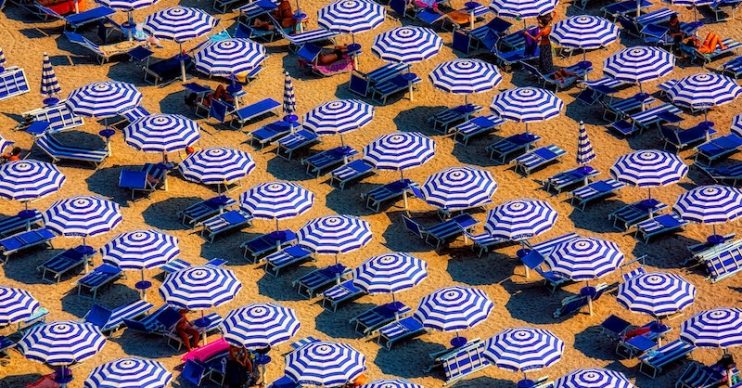 Get ready for the sun

Brits are set to enjoy wall to wall sunshine this weekend with a heatwave taking temperatures up to 28C.

According to the Mirror, the country is set to roast on Sunday and Monday in a ‘continental heat dome’ that could last for weeks.

It comes as the summer holidays begin for many children across the UK with forecasters also predicting warm conditions over the next three months.

This afternoon will see warm #sunshine ☀️ for most

But a few #showers will be possible 🌦️ pic.twitter.com/hf2s7jRSqX

“The pattern of sea surface temperature anomalies in the North Atlantic Ocean slightly increases the probability of higher than average pressure across Northern Europe. During summer, high pressure is usually associated with warmer than average conditions.”

On Wednesday (July 17), temperatures are said to rise to 28C.

“As for the next three months, we can definitely expect warm weather and bright skies for the most part.”

By the end to the week things will cool further with rain and winds forecast for Friday and Saturday.

According to the Met Office: “It will be unsettled this coming weekend, with rain clearing the northeast on Saturday. The rain will be followed by sunny spells and scattered, heavy showers, with the risk of thunderstorms.

“Temperatures will be near the seasonal average, but it will be warm in the south and east. While there will be a few showers in the northeast on Sunday, many areas will be drier, with sunny spells.

“Into the following week, conditions will probably stay changeable and breezy at times, with showers or longer spells of rain but also some brighter and drier spells. It may become generally drier and brighter, more especially in the south and southeast, with the more changeable conditions persisting across northwestern parts of the UK.”

Last summer was the joint-hottest summer on record for the UK and hottest for England, according to the Met office.

Temperatures hit 29C for eight days in a row from the end of June to the beginning of July. The hottest day was 28 July  2018, where temperatures reached 35.3C in Faversham, Kent.

The year 2007 went down as a bad summer with record rainfalls in the summer months. According to the Daily Telegraph there were floods and weekend washouts.