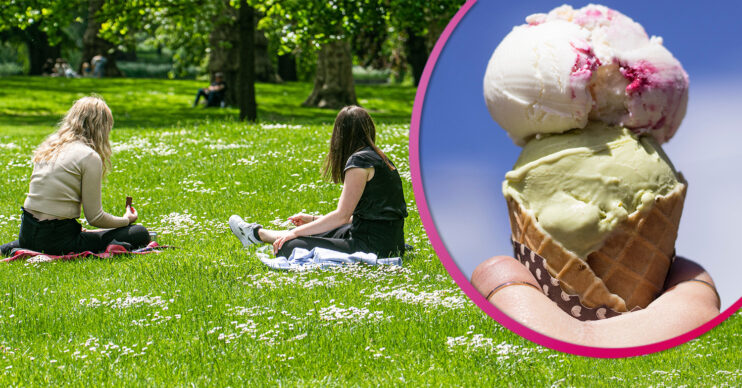 No more rain it seems!

The UK weather is going to be hotting up later this month as a July heatwave is due to hit the country.

The summer hasn’t been great so far, with many parts of the UK battling rainy and windy conditions.

But, according to the Met Office’s outlook for July 21 to August 2, there will be an “increased chance of some very warm or hot spells”.

The Met Office says late July into early August should provide a “good deal of fine and dry weather” in most areas.

It adds: “There remains a low risk of thunder, especially across southern and eastern areas.

“Temperatures are likely to be above average, with the south possibly feeling very warm or hot at times.”

There’s also a “chance of conditions being warmer and drier than average overall”.

However, some occasional spells of “unsettled weather are still possible, especially in the northwest of the UK”.

Meanwhile, as for this week, rain is continuing to batter parts of the country.

Tomorrow (July 7) rain across northern Scotland will begin “easing” but there will be a mixture of sunny spells and scattered showers, some heavy with a risk of thunder, in the east.

As for Thursday (July 8) to Sunday (July 11), there will be a mixture of sunny spells and showers.

However, the showers will be lighter and less widespread than of them recently.

Rain will affect the south through Saturday (July 10).

It comes after reports suggested temperatures could hit the late 20s later in July.

Netweather TV forecaster Ian Simpson told the Express: “There is quite a strong signal for above average pressure and below average rainfall during this period, with temperatures above normal, possibly substantially so.

“Mean temperatures are most likely to be around 2-3C above the long-term normal for most.

“It is likely to be generally drier and sunnier than normal.”

Have you missed the warm weather? Leave us a comment on our Facebook page @EntertainmentDailyFix and let us know.