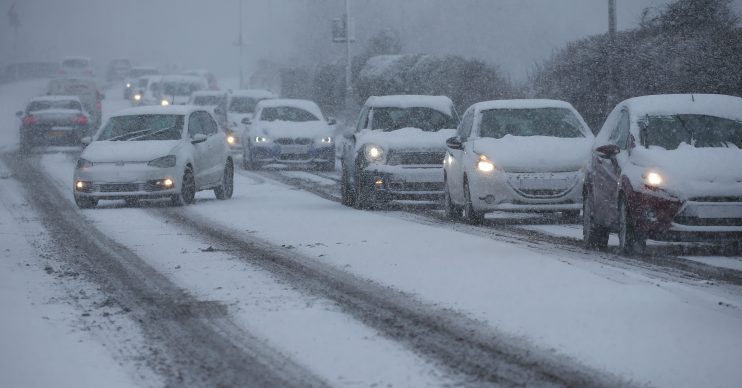 UK weather: Britain to be ‘battered by gales and possibly SNOW’

The tail-end of hurricane Lorenzo is expected to hit next week, say experts

After a damp few weeks, the UK is about to be battered by even more wet weather.

The tail-end of one of Europe’s strongest-ever hurricanes, Lorenzo, is expected to hit next week, bringing with it gales and possibly even snow, experts say.

“Lorenzo is a real beast of a storm,” Met Office forecaster Steven Keates told The Sun.

“It will be one of Europe’s strongest ever tropical storms, as the Azores are part of Europe.

“After reaching the Azores on Tuesday, Lorenzo is expected to move to the UK by Thursday – bringing a couple of days with potentially worse conditions than this weekend.

“There are scenarios from gales to storm-force 70mph-plus gusts, but there’s uncertainty. Big waves and heavy rain are likely, with the west most likely to be affected.”

Hurricane #Lorenzo strengthened again rapidly in the last 24 hours to become the strongest hurricane on record this far north and east in the Atlantic region with winds near 160 mph. A weakening trend is now expected to set in. pic.twitter.com/NKxVxG1a4W

He said five or six inches of rain is expected to fall between Saturday and Tuesday in the wettest parts of the UK.

Steven continued: “The season’s first snowfall is possible on Wednesday on Scotland’s mountains, with accumulating snow on the highest ground. -2C on Tuesday night is forecast in northern England and Scotland, and 0C in the South.”

Lorenzo, which was officially recognised a category five storm, set a record overnight for the being the strongest hurricane to make it so far east.

It comes after experts predicted the UK could be facing one of the most bitterly cold winters in three decades.

A wintry return comeback for the Beast from the East will reportedly blast the country with icy temperatures and snow – and stay for weeks on end.

With further heavy rain across parts of northern England there’s the risk of flooding for a few homes and businesses, as well as spray on roads and other travel disruption #WeatherAware pic.twitter.com/lRiKvwshFs

According to the Sunday Times, the freezing Arctic air will hit the Midlands very hard – with researchers indicating next January and February will endure the biggest dip in temperature for seven years.

With further heavy rain across parts of northern England there’s the risk of flooding for a few homes and businesses, as well as spray on roads and other travel disruption #WeatherAware pic.twitter.com/lRiKvwshFs

Mark Saunders of University College London told the newspaper that Britain will be subject to record low temperatures for the season.

The last appearance of the Beast from the East in Britain in 2018 brought perishing conditions of as low as -14C in Scotland.