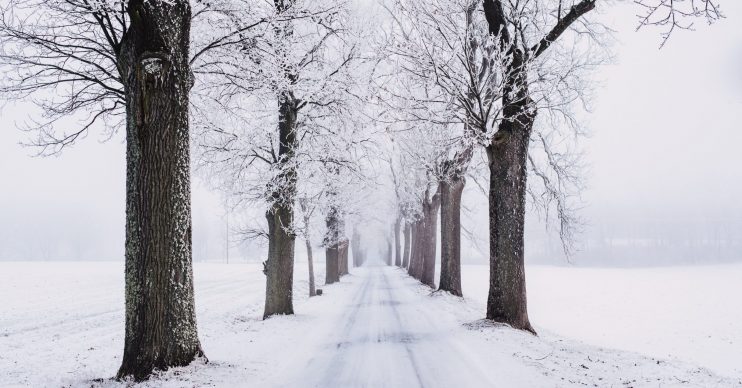 Winter's not over yet

Parts of Britain could be blanketed with up to eight inches of snow as blizzard conditions arrive over the weekend, while the ongoing flooding misery looks set to continue.

Freezing temperatures may bring snow to areas of Scotland and northern England as low as 200 metres.

As of Friday morning (February 21 2020), yellow weather warnings for wind and rain are in place for large parts of the north of England, Scotland and Northern Ireland, with snow and ice showing for Saturday.

As reported by The Sun, the Met Office’s Alex Deakin said chunks of the country will be wet and windy on Friday.

He said: “There is a rain warning in force, covering the southern highlands down as far as the south west. There is the potential for flooding in these areas as the rain builds up during the day. Because the ground is so wet, that could cause some problems.”

Speaking further, Alex said wind could cause “some problems” in the south east as “gusty cross winds” hit a number of major routes.

Winds will strengthen into Saturday, he said, before calming into Sunday.

After that, an area of low pressure will begin to move in. “That could bring a spell of snow on Sunday night and into Monday,” Alex explained, adding: “And the potential for further wet and very windy weather during Monday.”

That could bring a spell of snow on Sunday night.

He went on to warn of blizzard conditions in mountainous areas and said higher parts of Scotland could see snowfall reach as high as eight inches.

It follows Environment Agency figures showing England has been drenched with 141 per cent of the rainfall it would normally expect to see in February – with eight days still left to go in the month.

As a result, water levels in the rivers Colne, Ribble, Calder, Aire, Trent, Severn, Wye, Lugg, and Derwent have all hit record highs.

Thousands of people living in flood-threatened towns around Britain, meanwhile, have been urged to leave their possessions behind and flee as Britain faces some of the worst flooding it’s seen in 200 years.