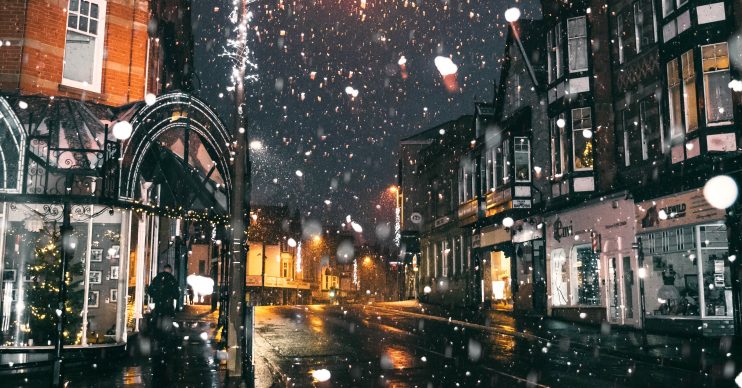 UK braced for 80mph winds and snow as temperatures plummet

Warnings of risk to life

Parts of the UK are set for snow and winds of up to 80mph today, as winter hits back with a vengeance.

The month of February is traditionally one of the gloomiest of the year, and today’s news means that thousands will have to watch their step as a Yellow Warning was issued to some parts of the country, and people were warned about a ‘possible risk to life’.

Read more: The Chase viewers accuse contestant of lying about his age

A Yellow Warning was put in place by the Met Office this morning – until 7am – warning of high winds and snow that hit the west coast of Scotland and the north of England.

A lorry on a bridge overturning and a plane struggling to land had already been reported.

Yesterday a flight into Leeds Bradford Airport was ‘rocked’ as it started its landing.

A spokesperson for the Met Office told The Sun that the west coast of Scotland will see the strongest winds.

It is going to be pretty windy across the UK, with winds of 40-50mph, particularly the overnight part and into the first part of tomorrow morning.

They said: “It is going to be pretty windy across the UK, with winds of 40-50mph, particularly the overnight part and into the first part of tomorrow morning.

“Be aware of the conditions. You have to be careful driving high sided vehicles, particularly lorries.

“We will see some snow in higher ground in Snowdonia and North Wales, anywhere north of there are some fairly hefty showers around,” the spokesperson continued.

He said that this weather could lead to some ‘icy stretches’ and urged people to take care on higher grounds tomorrow morning and be aware of the slippery conditions.

Temperatures may go as low as -5C in part of northern Scotland, while the Pennines, Cumbria and Leeds could see -2 or -3C.

The newspaper also reports that a new storm may be named by the Met Office this week.

Storm Ciara is set to pummel the UK later on in the week.

The Met Office says that it will ‘likelier turn windier coming into the weekend’ with severe gales a possibility.