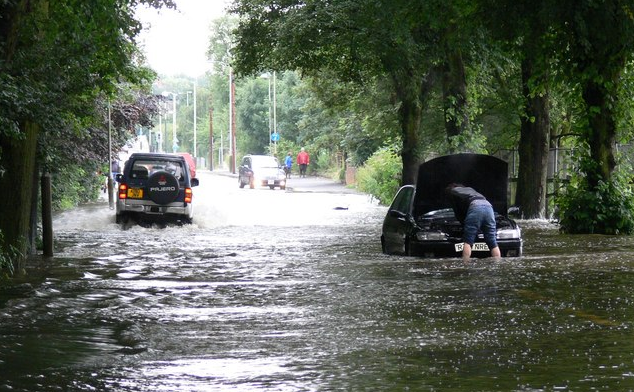 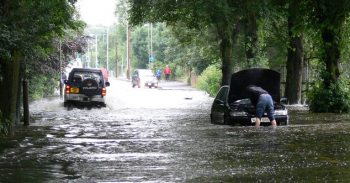 Storm Hannah has wreaked havoc across the UK this weekend, with strong winds and heavy rain battering many parts of England and Wales.

As a result there are 29 flood warnings currently in operation from the information service.

And with river levels rising, emergency teams have been out in force to try and protect communities from damage.

Read more: Warmer weather on the way as Storm Hannah is ‘cancelled’

It was only a couple of weeks ago that Britain was basking in glorious sunshine as the country enjoyed a surprise February heatwave.

But since then, we’ve had snow, ice – and now Storm Hannah.

Dubbed ‘the beast from the west’, it has hit parts of England and Wales with torrential rain and winds of up to 65mph.

On top of the 29 flood warnings, the Environment Agency has 31 flood warnings and 46 flood alerts in place – with another 78 locations said to be at risk.

A spokesman for the Environment Agency said: “Persistent heavy rain this weekend means that river levels are high and flooding is expected in some areas.

“Our teams are out on the ground operating flood defences and installing temporary flood barriers to keep communities safe.”

The flooding has got so bad that the River Conwy in Wales has burst its banks, while drivers in York reported that water levels were right up to their windows.

The UK was hit by severe flooding in 2007, when the country experienced its wettest summer since 1766.

Thirteen people died, while property damage amounted to a cost of around £6.5billion.

The latest report from the Met Office suggests that we haven’t seen the last of the stormy weather – and it was even suggested that some parts of Britain could see snow and ice.

They tweeted this afternoon: “Blustery showers for some today. Sunshine too, but watch out for hail & thunder – those showers could turn wintry over northern hills.”

Have you experienced any flooding where you are? Leave us a comment on our Facebook page @EntertainmentDailyFix and let us know!