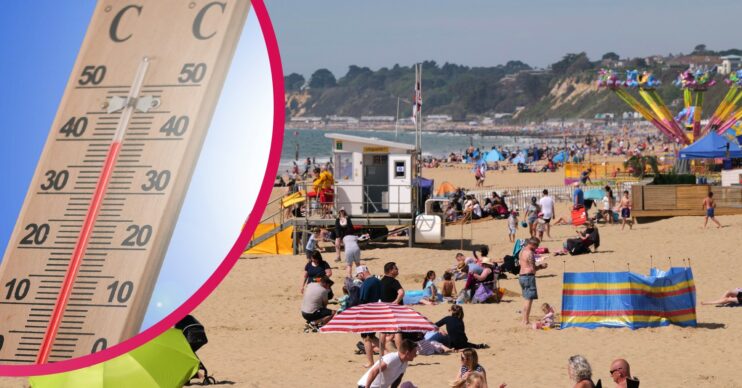 UK to be ‘hotter than Rome’ in ‘heatwave’ this week

The UK is reportedly set to be ‘hotter than Rome’ this week, thanks to a heatwave that is set to hit on Wednesday (March 16).

According to the Met Office, parts of the UK will reach temperatures of up to 19C.

This is expected to be 4C more than Rome!

UK to be hit by a heatwave this week?

A 700-mile African heat burst is set to blow over the UK this week, sending temperatures soaring to 19C.

This will officially make the UK hotter than Rome – which is expected to be around 15C.

The 19C temperature that the UK is set to be is going to be well above the March average of 11C too.

According to the Met Office, Brits can expect dry skies today (Monday, March 14) and tomorrow (Tuesday, March 15), before sunshine, clear skies, and a jump up in temperature on Wednesday (March 16).

However, the heatwave isn’t going to last forever. The temperature is set to drop by the weekend, so it may be a case of wrapping up warm again come Saturday (March 19).

Wednesday’s heatwave in the UK

It’s not all bad news though! It’s expected that as we head towards Easter, the temperature will rise.

Weather forecaster John Hammond told The Sun: “Spring will be in the air, with a gentle breeze from the warming continent and temperatures rising through the teens.

“Wet weather will give way to sunshine, with a drier and warmer trend through mid-March.”

According to the Met Office, once the heatwave is over, temperatures in the UK will be “mild, to very mild” for most in the country.

The temperature is set to begin warming up tomorrow, reaching up to 16C before being hotter than Rome on Wednesday.

The heatwave on Wednesday is set to be the first of many over the next month, according to one forecaster.

Jim Dale, a senior meteorologist at British Weather Services, believes that Brits will see heatwaves in April too.

Speaking to the Express last month, he said: “I think hot weather could come in fairly early as far as April is concerned perhaps.”

“I know March is the start of Spring but I think we’re probably going to get properly into April before we start to see the searing sort of temperatures,” he continued.

He then went on to say that there’s a possibility that the summer could be just as hot for Brits. Better start stocking up on sun cream now then!