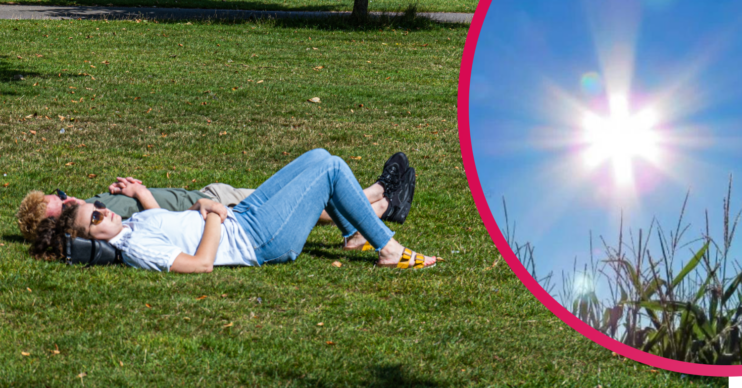 Get the ice lollies and sun lotion in!

Another UK heatwave could be on the way, according to reports, following a mixed month for weather in June.

Weather experts have tipped temperatures will rise in upcoming days, creeping up from around 18C up through the early 20s.

And next Sunday (July 10) could see highs of 26C reached.

However, according to BBC Weather, there will still be cloud and some showers across the country.

But that could all change dramatically in the days and weeks following – with one forecaster indicating it could hit 35C!

UK heatwave on the way?

Brian Gaze from Weather Outlook recently told The Sun he expects record-breaking temperatures by the end of the month.

He said: “At the moment long-range computer models are suggesting an increased likelihood of very warm conditions during the last third of July.

Read more: Weather forecaster predicts another FOUR heatwaves on the way with temperatures soaring into ‘high-30s’

“Temperatures in the UK reached 32.7C [in June] and typically the hottest weather of the summer comes in July or August. In recent years periods of extreme heat have become more common in the UK.

“I wouldn’t be surprised if temperatures climbed to 35C. To put a little context on that, the hottest day in the entire decade of the 1980s was 34.4C.”

A post shared by Weather from the Met Office (@metoffice)

The Met Office agrees that “hot” temperatures are a possibility.

Their forecast for July 17-31 said: “Temperatures will be near or above normal, becoming warmer throughout July.

We may see some very warm or hot temperatures.

“We may see some very warm or hot temperatures, especially across the south.”

Will there be a hosepipe ban?

Elsewhere, warnings have been issued about the impact of any hot weather.

An Environment Agency spokesperson has advised: “People should use water wisely and follow advice from their suppliers. Further hot, dry weather could put pressure on some areas.

“We will continue to take action where necessary. River flows and reservoir levels have receded across central and south western England.”

And water regulator Ofwat have said: “If possible, take a shower instead of a bath. A five-minute shower uses half the volume of a bath.

“Wait until you have a full load before using your washing machine or dishwasher.”

Furthermore, the bookies believe a hosepipe ban is likely.