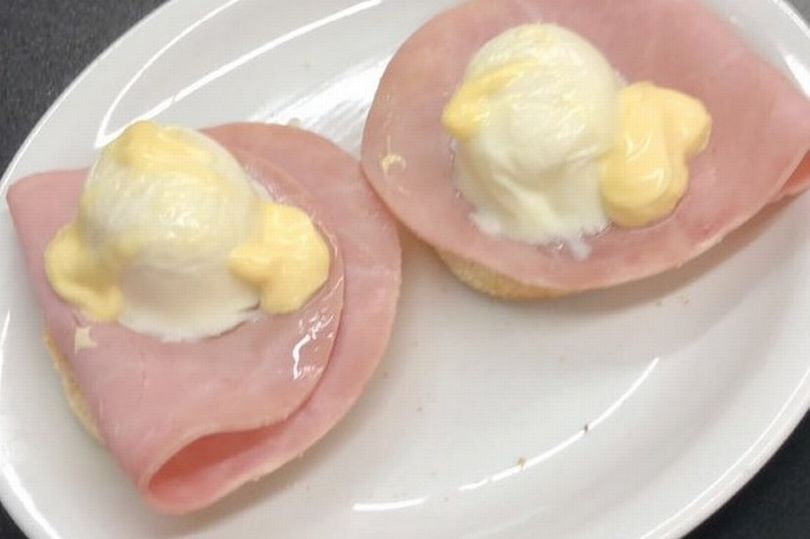 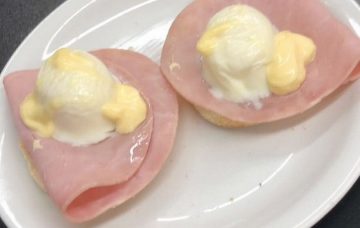 Twitter goes into meltdown over “monstrosity” served in Tesco café

He still ate the meal...

A picture of a meal has gone viral on social media, after a disgusted customer complained to Tesco about the “Eggs Benedict” he’d been served in one of their cafés.

Brunch-fan Thomas Hesketh, 20, from Wigan, took to Twitter to share the vile-looking meal, which reportedly cost him £5.

Ordered eggs Benedict in your Wigan cafe and received this monstrosity @Tesco 😭 pic.twitter.com/bI4oy2lN6B

The astonishing picture was accompanied by Thomas’ comment: “Ordered eggs Benedict in your Wigan cafe and received this monstrosity @Tesco 😭.”

Eggs Benedict is usually a posh breakfast or brunch dish, consisting of two halves of an English muffin, topped with poached eggs, bacon or ham, and hollandaise sauce.

Instead, it looks like Thomas was served two slices of cold ham from the packet, with a couple of raw-looking eggs perched on top.

He later added that, “alarm bells were ringing when they said they didn’t know if they still make them,” but added he was charged £5 for the privilege.

Someone called Scott from Tesco’s Twitter account tried to calm the gathering storm, tweeting Thomas: “Hi there, I’m very sorry about this happening. Did you tell the Cafe staff? TY – Scott.” Thomas replied to say: “Yes, they said they could cook me up another one but it would be the same.”

And it didn’t stop the flood of comments, with one tweeting tesco: “@Tesco this has to be compensated by free breakfast for a whole year🙄.”

Another wrote: “I am howling with laughter.” A third joked: “Looks nutritious.” While one more laughed: “😂😂😂 eggs derelict.”

Others speculated what the meal looked like, with one tweeting: “I’m so confused that is vanilla ice cream surely.” Another said: “Did they use white Cadbury Creme Eggs?”

A third suggested it was: “Blob of mayonnaise with salad cream on ham?”

Thomas later updated the story with a screen grab of an email, he claimed was being sent out by worried-folk at Tesco, that read: “Hi team, please note this was sent out to a guest in Manchester over the weekend. Apparently it’s gone viral on Twitter. Can we all revisit the spec do a cook off with eggs benedict and eggs royle and post on WhatsApp please today.”

The Mirror reports a spokesperson from the supermarket chain as saying: “Our Cafe team are really passionate about serving our customer great quality breakfasts and we’re sorry this eggs Benedict didn’t meet our usual high standards.

“We’ve offered Thomas a gesture of goodwill and would welcome him back into the store soon so we can put this right.”

We’re not sure even free breakfasts for life would make this meal worthwhile. Poor Thomas…

How would you have reacted to getting this meal? Leave us a comment on our Facebook page @EntertainmentDailyFix and let us know what you think.