Magenta Devine has died at the age of 61, her family has confirmed.

The TV presenter was a familiar face in the 80s and 90s, when she hosted pop culture TV shows such as Network 7 and Rough Guides. 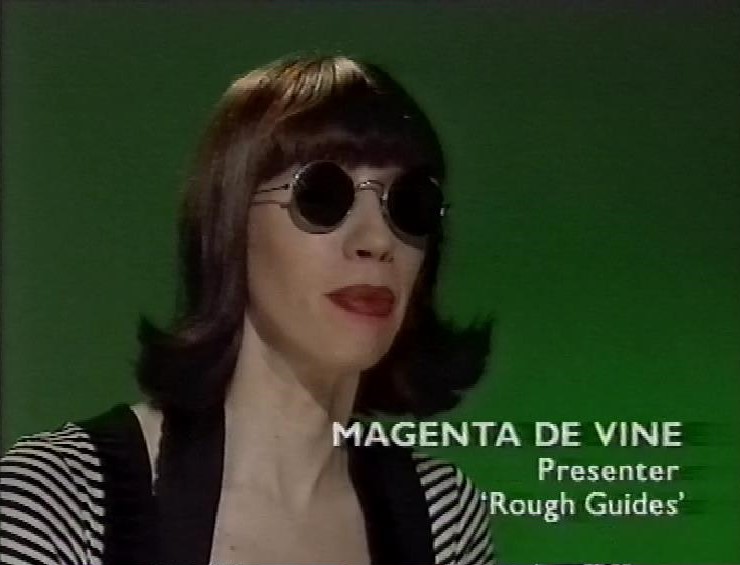 Magenta was known for her bold fashion choices (Credit: BBC/YouTube)

It wasn't just her name that was exotic and dripped cool, her bold fashion sense, choppy hair cut and perennial sunglasses became her statement look.

Magenta - real name Kim Taylor - died after a short illness, her family revealed, and had been undergoing treatment at a central London hospital.

In a statement shared by BBC.co.uk, her family remembered her as "a talented writer and stylish on-screen presence who was greatly admired by her many friends and colleagues for her creativity and wit". 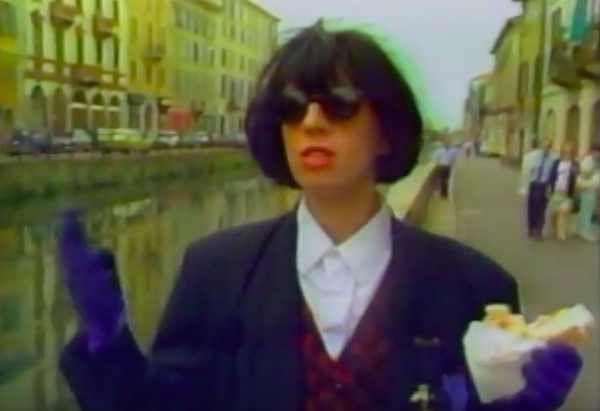 The presenter travelled far and wide for her job (Credit: YouTube)

If there was someone who made TV hip and exciting in an authentic way, it was Magenta Devine.

Read more: The Chase apologises over question about The Prodigy after Keith Flint's death

BBC star Sankha Guha worked with Magenta and described her as "an icon for a generation... who invited attention and sometimes hostility for her bold look and style".

Writing on Facebook, he said: "Very very sad to announce the death of my co-presenter Magenta Devine today. My thoughts are with her family."

He went on to say: "Magenta used her public persona to tell stories about the world that mattered to her - and inspired a whole generation to travel with a sense of adventure and an open mind."

He added: "I knew she was ill, but her death is a bodyblow. I have lost a soul mate and a partner in adventure."

Magenta went through rehabilitation treatment in the 90s after becoming addicted to heroin, but later declared it "a complete waste of money".

She was later declared bankrupt.

Born in Hemel Hempstead in 1957, Magenta rose to fame hosting left-field documentaries, including ITV's Young, Gifted and Broke between 1999 to 2001 and Reportage in the 90s. 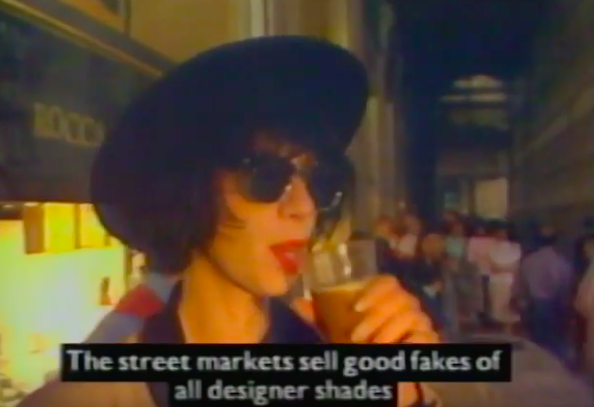 She is survived by her father Gerald Taylor, her sisters Gillian and Georgina and her brother Nicholas.

Tributes have been pouring in from fans, with one saying: "If there was someone who made TV hip and exciting in an authentic way, it was Magenta Devine."

Another said: "Wow, I loved her. The teenage me was in awe of her."

"When I was a teenager, Magenta Devine was the epitome of cool. She was only 61. Incredibly sad news," said another.

What memories do you have of Magenta Devine? Leave us a comment on our Facebook page @EntertainmentDailyFix and let us know what you think!