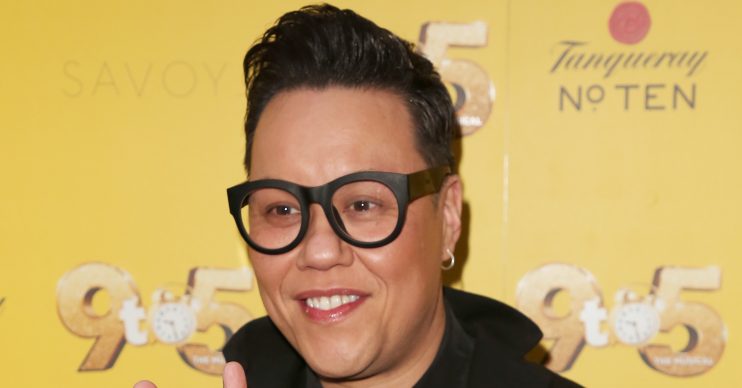 How To Look Good Naked star Gok Wan – who previously shared details of his battle with anorexia –  has revealed that he was involved in a road accident which left him hospitalised.

Gok said that he had fallen off his scooter and fractured his arm.

The TV favourite shared the news on his Twitter account, later posting a picture of himself with a painful-looking bruise on his chin.

Gok told his followers: “Post scooter mishap – bruise on my chin is finally coming out to play.”

Post scooter mishap – Bruise on my chin is finally coming out to play… I actually really like the colour and I’m considering getting my office painted this colour! #silverlinings

Ever the fashionista, he added: “I actually really like the colour and I’m considering getting my office painted this colour!”

He also revealed of the accident: “I came off a scooter… oops! Lots of bruising and a fracture in my arm but I’m fine.”

Gok also thanks the NHS for looking after him and said the care he received was “kind, considerate, quick and reassuring”.

@NHSMillion you are brilliant. Thanks for looking after me the other night… your care was kind, considerate, quick and reassuring! I’m fine btw – a small fracture in my arm and bruising but I’m fine. Thanks again @NHSMillion on behalf of all of us that rely on you so much x

Gok’s famous friends and his army of fans were quick to comment on his posts, sending their love and best wishes for a speedy recovery.

Not childish at all! #nipplebiscuits #poland #gdansk #dj

Another complimented Gok on his bruise.

They said: “That’s a good bruise. I hate it when you have an accident and it really really hurts and you don’t have a mark to show for it.”

While a third added: “I’m glad that you’re safe and in one piece.”

TV host Gok is known for his frank fashion advice.

However, nothing he’s ever said was as harsh as the mother of the bride who pointed out her daughter’s “back fat” as she tried on a wedding gown on his show Say Yes To The Dress.

Head to our Facebook page @EntertainmentDailyFix to send your best wishes to Gok.