Holly Willoughby has revealed why she flew off to New York for a brief visit last weekend.

The This Morning presenter had some fans fearing she may be lining up a job in the US after she shared a couple of snaps that indicated she was in the Big Apple.

But going by subsequent images she has uploaded to the picture-sharing social media site, it seems Holly took a trip over the pond for pleasure, not business.

A third photo from her jaunt to Manhattan showed her family enjoying the sights in Times Square, evidencing her kids were abroad with her.

The kids' first broadway experience and we all just LOVED it.

The best of Times (Square) with these four ❤️

However, children Harry, Chester and Belle were all facing away from the camera when the person taking it snapped away.

She captioned the pic: "The best of Times (Square) with these four."

And words tagged onto a fourth snap hinted at the major reason Hols and her fam were in the city was to take in a Broadway show.

Posing alongside musical performers from Frozen, the 38-year-old revealed seeing the show was a highlight of their time in the US.

Whistle stop weekend in NY with the highlight being meeting Anna and Elsa, the stars of @frozenbroadway ... the kids first broadway experience and we all just LOVED it... as a huge fan it exceeded all expectations and that is saying something! Thank you @disney for the tickets... you made our weekend! #letitgo #gifted ❄️

"Whistle stop weekend in NY with the highlight being meeting Anna and Elsa, the stars of @frozenbroadway," she explained in the caption.

Holly continued: "The kids’ first broadway experience and we all just LOVED it... as a huge fan it exceeded all expectations and that is saying something!

"Thank you @disney for the tickets... you made our weekend!"

Fans commenting on the Insta images admitted they were a little envious of the perks of a celebrity lifestyle as they wished her all the best.

"Ah so jealous, I would love to see this, it looks amazing! My 2 year old watches the clips of 'real Frozen' all the time," said one follower.

"I wish I got free tickets to Broadway," remarked another, adding a crying emoji to their message.

A third commented: "Amazing show. We saw it too for the first time. The special effects took my breath away especially when they sand let it go! Just stunning."

Some followers had interpreted her trip as evidence the Dancing On Ice host may have been over for work purposes.

"See you Big 🍏... thank you for having me... ❤️," she commented on the selfie showing her in one of the city’s distinct yellow taxis.

A second image showed the star admiring the view from many floors up the Empire State Building.

However, Insta commenters had incorrectly speculated the long haul dash back and forth meant Hols was not taking a typical short break.

"Being poached for prime time US TV?" questioned one, to no response from Holly.

"What! You were in New York? How do you do all of this?" continued another person, seemingly impressed by Holly’s ability to board a plane.

Another person presuming Holly was away for business and not pleasure added: "Slow down. You work too hard." 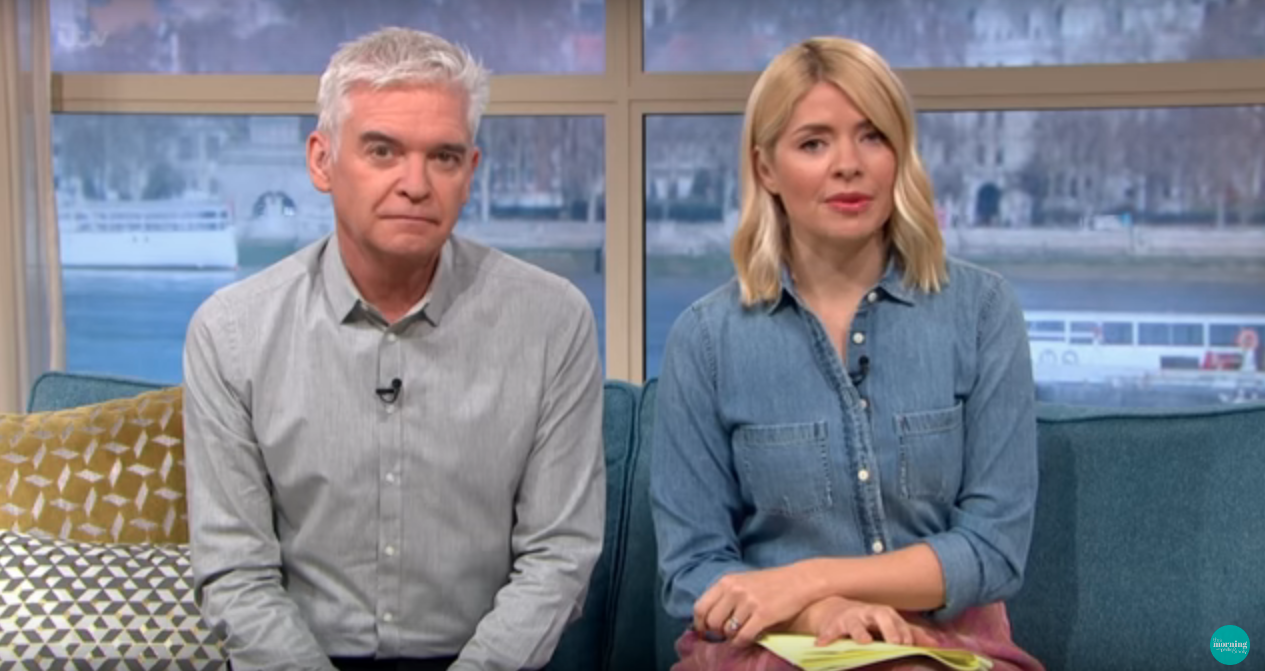