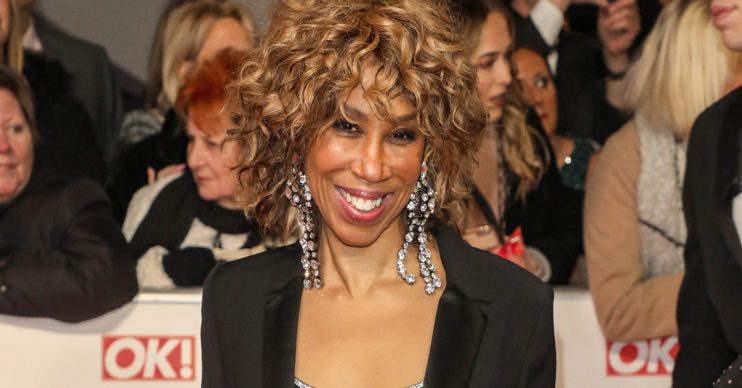 Presenter Trisha Goddard has revealed her kids had to be trained how to open parcels in case they were bombs.

The TV star’s daughters, Billie, 30, and Madison, 27, were taught how to open packages by Special Branch – which deals with national security.

They also had a safe house in Norwich during the height of her fame.

She explained: “We had a Special Branch come to our house and teach our kids how to open parcels in case there was a bomb in it.

“We also had safe places, I used to tell them where they could go in Norwich.

“That was because of my colour and not because of anything I had said.”

The host, 62, also recalled the moment an armed unit previously turned up at her home unannounced to check up on her family.

Speaking to DJ Fat Tony on his podcast, the TV star added: “I was watching television with my then-husband and there was all this commotion in the drive, headlights, cops with flak jackets and armed units around the house banging on the door asking if I was all right.

“I had to say, ‘Yes I am all right.’ And then you are told why it happened and that is even scarier as you were just watching telly.”

Trisha recently opened up on the online abuse she has received following Leigh Francis’ apology over his depiction of her on Bo’ Selecta.

Speaking on Good Morning Britain this week, she said: “Since Leigh made that apology I have been subjected to even more abuse.

'Since Leigh made that apology I have been subject to even more vile abuse.'@TrishaGoddard reveals she's suffered even more abuse since Leigh Francis made a public apology for his portrayal of her in 'Bo Selecta!'@susannareid100 | @piersmorgan | #GMB pic.twitter.com/VQrd5QAVfo

“[People saying] You’ve ruined his career just because you can’t take a joke, and there have been threats.”

Leigh, who is also known as Keith Lemon, reached out to Trisha and her family ahead of his public apology.

Trisha added: “Leigh sweetly talked to my daughter Billie for a very long time about her experience.

“He was horrified what she went through.

“He was horrified what she went through, he said as a father he feels so bad about this.”

He said: “Hi, My name is Leigh Francis and I play a character called Keith Lemon on television.

“Back in 2002 I did a show called Bo Selecta and I portrayed many black people.

“Back then I didn’t think anything about it.”

He went on: “People didn’t say anything… I’m not going to blame other people.

Trisha has since revealed the comedy show left her feeling “hurt” but she doesn’t blame Leigh entirely.