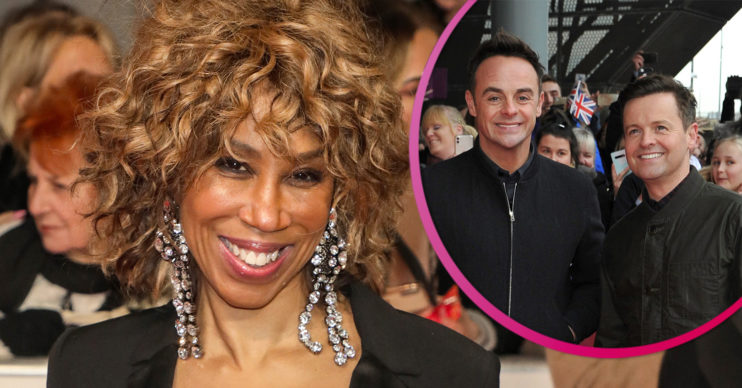 TV presenter Trisha Goddard has revealed her shock at Ant and Dec performing in blackface.

The former chat show host slammed the hosting duo for being “undiverse” for the decision.

But Trisha also called into question the judgment of TV executives who allowed the controversial sketch to air on TV.

Geordie stars Ant and Dec dressed up in dark make up and prosthetics to portray Jamaican women for the 2003 skit.

It featured on their long-running Saturday Night Takeaway show, which first began in 2002.

Trisha told MailOnline she couldn’t believe what she was seeing at the time.

There are a whole load of people it needs to go through.

And she believes bosses should have stepped in and prevented it from airing.

She told the tabloid: “Ant and Dec, I remember when I first saw that and it wasn’t that long ago. I was like what? What are you? The fact that you’re doing this…

“Do you genuinely think you can trick people into believing… as it was for a You’ve Been Framed type thing… I thought how undiverse.

“All these programmes need an executive producer, a commissioning editor. There are a whole load of people it needs to go through.”

Trisha also hinted that no-one in the process had questioned the sketch because of a lack of diversity in TV.

Ant and Dec recently apologised for past sketches, following the recent Black Lives Matter protests across the world.

They tweeted: “During past episodes of ‘Saturday Night Takeaway’ we impersonated people of colour in the undercover segment of the show.

“We realise that this was wrong and want to say that we are sincerely sorry to everyone that was offended.

“We purposely stopped doing this several years ago and certainly would not make these sketches today.”

They added: “We had already taken steps to ensure footage was taken down, and have again recently confirmed with ITV that these segments, and any other historical content that could cause offence, does not appear on either the ITV Hub or the Saturday Night Takeaway YouTube Channel.”

Trisha recently revealed she has received “even more abuse” after receiving an apology from comedian Leigh Francis.

He depicted her on his series Bo’ Selecta, as well as other black celebrities such as Mel B and Craig David.

Chat show favourite Trisha reflected on Good Morning Britain: “I don’t mind people joking about me, but it was the big lips, the big nose of the character, and a lot of people said ‘why didn’t you say anything then’, assuming I didn’t.

“The other thing is people are saying ‘lighten up it’s a joke’. But if he portrayed Vanessa Feltz, a proud Jewish presenter, with a big nose, or Gok Wan working in a Chinese takeaway, they are all abhorrent, and I didn’t realise until very recently how badly bullied my children were.

“Since Leigh made that apology I have been subjected to even more abuse.”