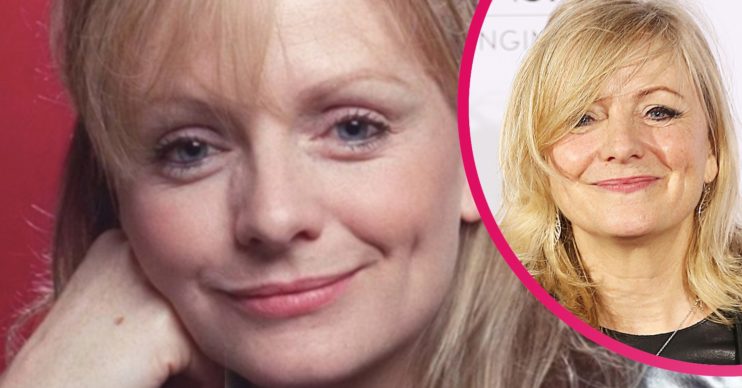 Tracy Brabin on Coronation Street: Who did the Labour Party politician play in the soap?

Do you remember Tricia Armstrong?

Tracy Brabin may be best known for her roles within the Labour Party these days but she was once a Coronation Street star.

Tracy, 60, was a successful actress and television writer before turning to politics.

But who did she play on Corrie? And what else was she in?

Who did Tracy Brabin play on Coronation Street?

Tracy played two characters in Coronation Street – but she was best known for her long-term role as Tricia Armstrong.

In 1989 she played character Chloe for just two episodes.

But she played Tricia from 1994-1997. Tricia first appeared on the cobbles as a love interest of Curly Watts.

She persuaded him not to press charges when her son Jamie was accused of shoplifting at Bettabuy.

They began dating, but it came to a swift end when her jealous ex Carl assaulted Jack Duckworth.

Jack was babysitting Jamie at the time, and this scared Curly off for good.

Financial problems followed Tracy, and she was evicted by Mike Baldwin.

She even propositioned him but he flatly refused. And Tricia ended up spending a week in prison for not paying her television licence fine.

She had a one night stand with Jack and Vera’s wayward son Terry. This resulted in her giving birth to their son Brad in the back of the Rover’s Return.

Terry had no interest in being a dad and she started dating decorator Ray Thorpe. Vera and Jack encouraged her to start a new life with him and made no excuses for their son’s behaviour.

In May 1997 she left Weatherfield with Ray, Jamie and Brad.

What else has Tracy Brabin been in?

Tracy has been in just about everything! You may remember her from starring alongside David Jason in A Bit Of A Do.

Or for her various soap roles.

Indeed Tracy played Carole in Emmerdale and Roxy in EastEnders.

When did she join politics?

Tracy advocated and campaigned for the Labour Party in the 1997 election. She wrote open letters and essays in newspapers and canvassed for the party in 2012.

In October 2016, Tracy was elected as MP for Batley and Spen, following the murder of Jo Cox.

In 2020 she was appointed Shadow Secretary of State for Digital, Culture, Media and Sport and then Shadow Minister for Cultural Industries.

She stood down from this frontbench role as she campaigned to be Mayor of West Yorkshire.

In May 2021, she was elected as Mayor of West Yorkshire, the first person to take up the role since it was created.

What happened to Tracy Brabin on This Morning?

Tracy Brabin gave an interview on This Morning in April of last year.

Bizarrely, her phone number was revealed on the screen via FaceTime.

She then was forced to reject several phone calls interrupting their interview.

ITV went on to apologise for the blunder and Tracy was forced to change her number.

And host Eamonn Holmes said at the time: “There is something I want to refer to, a quick word about an item in the programme at the start of the programme today.

“It was an interview with the Labour MP Tracy Brabin, and some of you will have noticed a technical error during that transmission and we want to say sincere regret and we are very sorry to Tracy for any stress or trouble that that may have caused.”