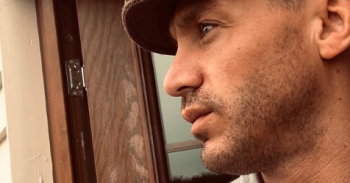 He claimed the shows gave no mental health aftercare

In an interview with The Sun on Sunday, the former cast member of The Only Way Is Essex slammed TV bosses for ‘not looking after a monster they created’.

Kirk has appeared in other reality shows including Ex On The Beach and Celebrity Big Brother. The shows made him famous, but made him feel as if he had lost his sense of control.

He claimed that having no say in how scenes were edited meant that he was portrayed on the show as “unreasonable or hotheaded.”

Kirk also alleged TOWIE producers forced him to break up with his girlfriend on camera instead of in private – and insisted he continue filming after he’d received a call telling him his grandfather was dying.

The TV personality said he was “crying out for help” while on set, but felt as if no one seemed to give his wellbeing a thought.

“Reality TV turned me into a monster but the bosses didn’t want to look after the monster they ­created,” he said.

After leaving TOWIE he joined the cast of Ex on the Beach, where he claimed he was given excessive amounts of alcohol and told he needed to have sex with someone in order to stay on the show. Kirk described feeling like he was being “pimped out.”

He also claimed his experience on the show led to the onset of debilitating panic attacks.

While all TOWIE cast members were interviewed by a psychologist before appearing on the show, Kirk said there was no care given afterwards – once people are struggling to deal with their newfound fame or notoriety.

He said the only show that offered him any support after his appearance was Celebrity Big Brother.

The former telly fave also claimed he’s contemplated taking his own life on more than one occasion in the years since his sudden rise to fame, saying it’s only the thought of his children that saved him.

“Last year I came seconds away but I thought of my son’s face. He saved my life,” he said.

The star is now setting up his own business, and says he’s broke now, but happier away from the cameras.

“I am setting up a jet-washing ­company and working laying BT cables. I wear a high-vis jacket and work down manholes that are full of rats and I don’t care. I’m skint but love my new life,” he said.

He’s now focussing on his life with girlfriend Dani Carr, and his two children.

A spokesperson for TOWIE told The Sun that the welfare of their cast members is prioritised by the show, and denied the claims that Kirk was prevented from seeing his grandfather.

“The welfare of everyone involved in the making of our programmes is of paramount importance to us and appropriate psych support is available to all cast throughout their time with us and beyond.”

If you or someone you know is struggling with mental health, contact The Samaritans on 116 123.