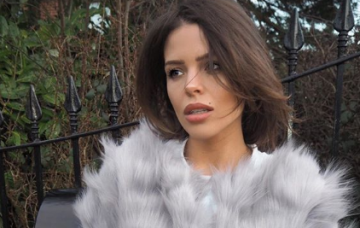 The star blasted those that questioned her relationship with her dad

Chloe Lewis has hit back after social media trolls branded a photo with her dad on holiday ‘creepy’.

The TOWIE star was hit with shocking criticism after she posted a sweet daddy-daughter photo online while the pair were on holiday together.

Fans commented on the picture which showed the 27-year-old sitting on her dad’s knee captioned “Me & my papa” with a heart emoji, saying it was a bit “weird.”

Another added: “Should your dad be touching you like that?” while one more said: “Weird relationship.” 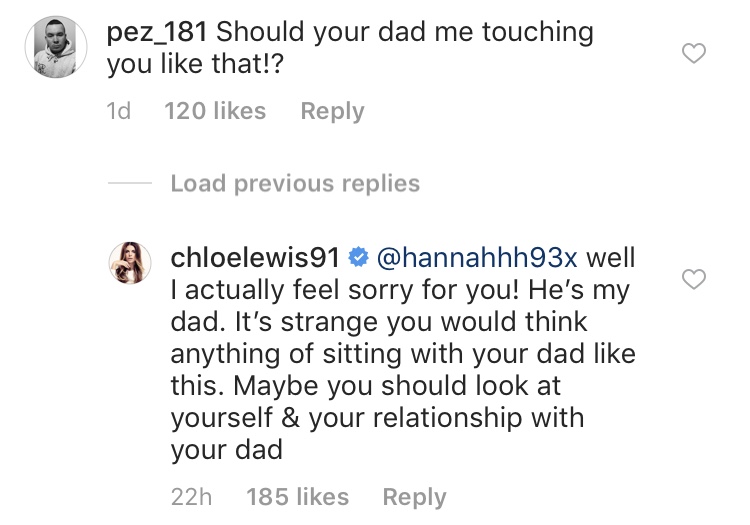 One more fan wrote: “Something quite disturbing about the way he’s positioned his hand on you. Looks sinister and creepy, this is a pic you’d take with a lover… not with your father!”

Another added: “I mean do what you want, but I would just be uncomfortable half naked sat between my dad’s legs and his hand on my thigh/bum.” 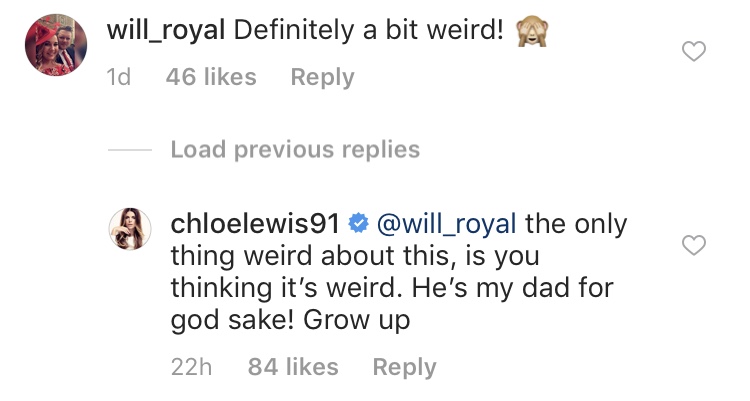 But Chloe hit back and told one troll: “The only thing weird about this, is you thinking it’s weird. He’s my dad for god sake. Grow up.”

She also posted on her Instagram story, saying: “Can’t believe the comments I have had on this picture. He is my dad. It worries me the people that find this weird. I think you need to take a look at yourselves & your relationships with your dads.”

Resharing the picture again, she captioned it “Love you Dad”.

And the ITVBE star’s fans also rushed to her defence to support her.

Another added: “She’s her dad’s baby!!! Get a grip and find something better to do than making a fuss over other people’s happy lives.”

The picture, which had over 22,000 likes , also had another comment saying: “This world has gone mad. Just a lovely picture of a girl with her lovely dad. Leave her alone!”

Chloe’s pal and TOWIE star Georgia Kousoulou also defended her saying: “If people think this picture is weird than they SERIOUSLY need to look at themselves & seek help for how their minds world. Beautiful pic @chloelewis91.”

The Only Way is Essex Towie