Liam "Gatsby" Blackwell ended up in hospital on a drip

TOWIE’s Liam “Gatsby” Blackwell ended up in hospital after contracting a “mystery bug”.

The reality TV star shared a now-deleted photo on Twitter of him lying in a hospital bed with an IV drip in his arm.

“Not how I expected my weekend to turn out,” he wrote, alongside a sad face emoji.

Friends revealed that Liam, who dates Swedish model Isabella Cirinkski, is “on the mend” and “in good hands”.

His fellow TOWIE star Georgia Kouloulou tweeted “hope your okay bub [sic]” to which he replied with a heart-shaped emoji.

Liam officially joined TOWIE in 2015 as the best friend of Lydia Bright – her mum Debbie is his godmother.

But he’d actually appeared in the trailer for the very first series alongside Mark Wright, Amy Childs and Sam Faiers.

“I was actually on the first ever advert for TOWIE,” he said.

“I got cast for the show but after we filmed the trailer, I decided it wasn’t the right time for me to do it so I pulled out at the last minute.

Liam isn’t the only TOWIE star to have a recent unexpected recent hospital visit.

Amber Dowding gave fans concern when she ended up in hospital with a mystery illness.

“Thanks for your lovely messages,” she wrote to fans on Twitter. “Still in hospital but nothing too serious.” 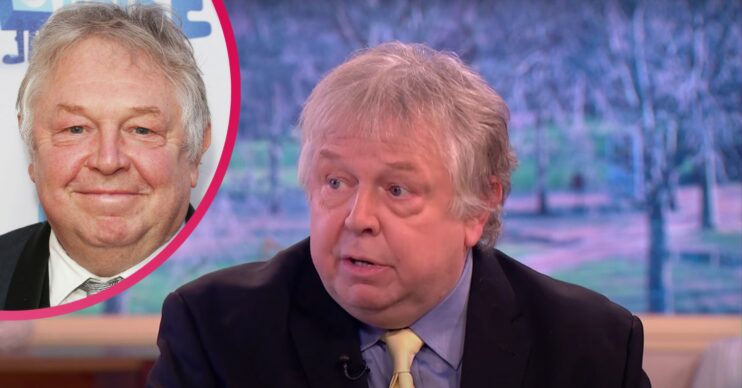