The Kings of Saturday night telly are back with a 15th series of the greatest light entertainment show there has ever been - think about it, it is true - this weekend.

It really is the happiest 90 minutes of the week... especially after months and months of The Voice and X Factor on ITV.

The lads have had a hilarious hand in some classic moments, segments and games over the years, including their unforgettable pranks on celebrities, Ant & Dec Undercover (featuring some absolutely appalling disguises), Make Ant Laugh, Saturday Night Pub Olympics and Ant v Dec.

So to welcome Saturday Night Takeaway back to our TV screens, we fancied reminding ourselves of some our favourite and funniest moments from years previous.

BOW DOWN TO ANT AND DEC'S ARROW SKILLS

No, the lads weren't signed up for a monster version of World Dart Championships - but this archery Ant v Dec challenge was a bullseye moments from the last series.

Don't they look fetching in tights? Make sure to check out Stephen Mulhern's get up and belly as Friar Tuck!

LOUIS WALSH TAKES A PHONE CALL ON A BANANA 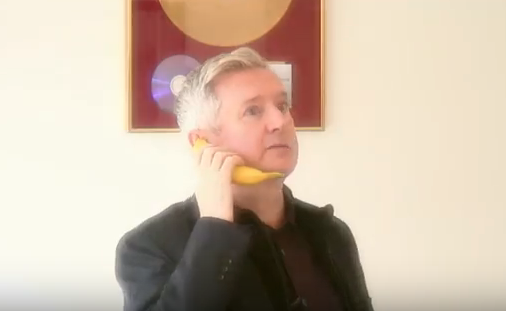 "The future's Orange? Are you taking the mick?' (Pic: ITV)

If there have ever been any finer TV pranks involving or actually on celebrities than those orchestrated by Ant and Dec, we've yet to see them. Sorry, Noel Edmonds.

But the sight and sound of Louis Walsh having a chat with Dannii Minogue via a flipping 'nana in 2013 will never not be absolute lols. 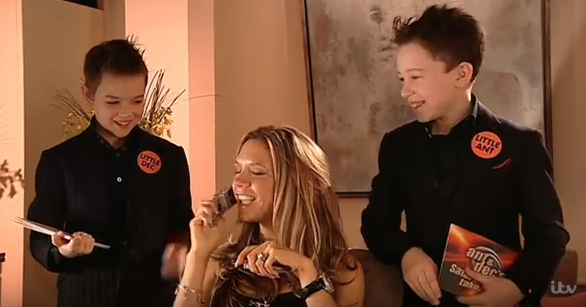 Alas, Little Ant and Dec aren't quite little enough to live up to their names anymore. After getting in a knicker tussle with Kylie and innocently asking Victoria Beckham how a baby gets into a mummy's tummy however, we reckon they might be back in the future... maybe to fill in for Big Ant and Dec? 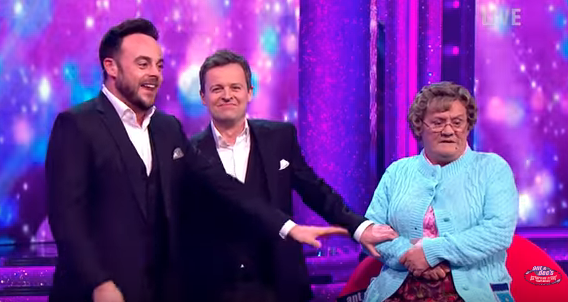 Mrs Brown promised not to be blue on SNT. What about that cardigan, eh? (Pic: ITV)

The week before this episode featuring an appearance from sitcom favourite Mrs Brown air, a competition winner had got rather overexcited and a bit free with some naughty words while celebrating on live TV.

A seemingly nervous Ant and Dec were quite keen to ensure the occasionally - and unashamedly so - profane Mrs Brown didn't provide a repeat prime time swear-a-thon. And she agreed... but she kept the nervous lads on their toes during this game of 'Read My Lips'. 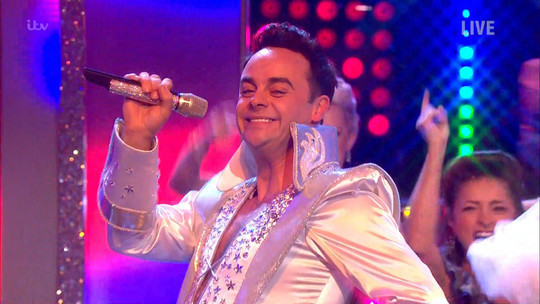 A real 'End of the Show show'-stopper, the lads fixed up and looked sharp as they belted out hits by Abba (Ant) and Motown (Dec) in 2016.

Super troopers, the pair of them - even if it isn't quite PJ and Duncan material. 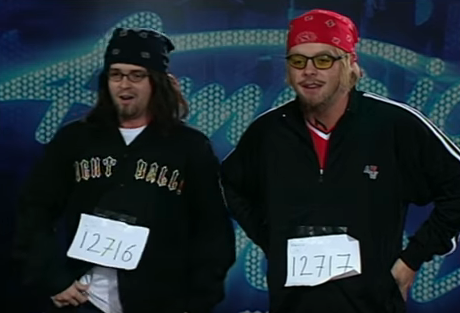 Not sure why Simon Cowell didn't sign them up, really (Pic: ITV)

This prank, however, was PJ and Duncan material.

From the broken breakdancing, crap rapping and chest bumping to Simon's American Idol co-host Paula Abdul's 'Opposites Attract' to the exquisitely awful disguises, this classic prank is a perfect example just how brill the hosts are and always have been.

ON YER BIKE, LADS... THROUGH THE STUDIOS 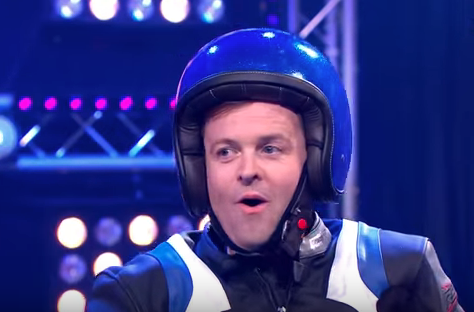 Bringing up memories of 1980s CITV favourite Fun House but with added Star Wars legend Mark Hamill who gave the lads a lightsaber-assisted signal to get shifting, the sight of Ant and Dec haring about the back corridors of the SNT studios - including in the lifts - made us desperately sad this isn't possible in our place of work. 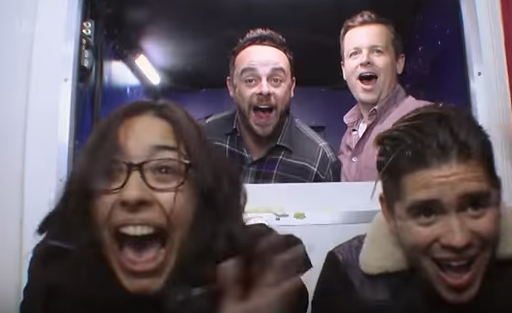 The cinemagoers were alarmed to know only Adam Sandler movies were showing (Pic: ITV)

Take several pairs of cinema visitors. Bombard them with questions about their future travel plans and actual popcorn and nachos. Then scare the bejusus out of them, all while the punters are sitting in a photo booth. Laugh and repeating laughing until you're watching the next clip. 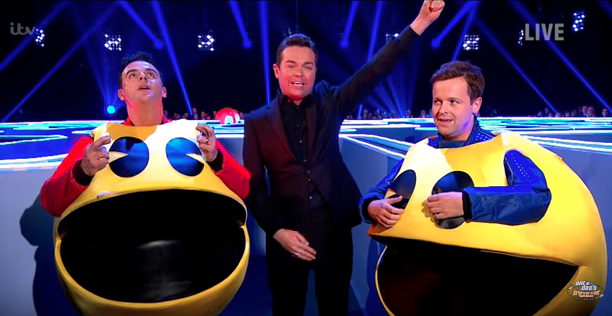 How do you win this challenge? Who cares!? (Pic: ITV)

Pacman is a fairly simple video game to understand, even for those of us that can't stand computers.

But when you break down this Ant v Dec challenge to them essentially being kitted out in fat suits for a jog about in maze, it does makes you question what makes genius telly, really. Mindless fun. 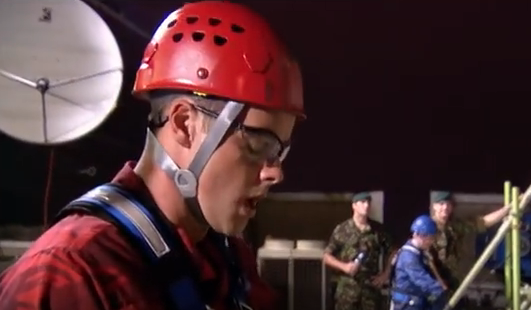 Ant was too distracted to mention that red isn't really his colour (Pic: ITV)

What an opening for the 2013 - the lads took on a crazy zipwire feat that would no doubt have most stunt actors going a bit faint.

More Krypton Factor than X Factor - but none of the competitors on Gordon Burns' show had to get themselves and their naff tracksuit down 650 foot and 22 floors from the top of the ITV Tower.

So what do you make of our Saturday Night Takeaway round up? Have we delivered? Let us know by commenting on our Facebook page @EntertainmentDailyFix!