Tony Bellew opens up about his personal life in Celebrity SAS: Who Dares Wins.

Although he's known as a tough guy, behind closed doors, it's his missus that wears the trousers.

But who is Tony Bellew's wife Rachel and do they have any children?

Happy Valentines to me mate/wife/headcase/bird/tart/LIFE!! 💙

Who is Tony Bellew's wife Rachael?

Rachel is Tony's childhood sweethearts and the pair have known each other since they were nine.

Although he started referring to her as his wife in 2014, they didn't actually marry until the summer of 2018.

Both are from Liverpool and they have four sons together.

In the past, Tony has jokingly hinted that his wife isn't a force to be reckoned with.

Didn’t wanna post on valentines as I don’t need to! Everyday is valentines In my house 🤣(Joke)🤣. Just know that I’ve had a soul mate by my side for 17yrs now and you’ve been the best thing that’s ever happened to me and our kids.. 😉 enough of the soppy stuff now.. see ya soon luv.. 💙

"She's my toughest fight. I said this [fight] would be my last one… That’s a real fight, persuading her if I can carry on."

While she keeps her distance from the public eye, Rachel made headlines when she was filmed making homophobic comments.

A spokesperson for the couple later told the Daily Star that "Rachel is in no way homophobic" and was provoked. 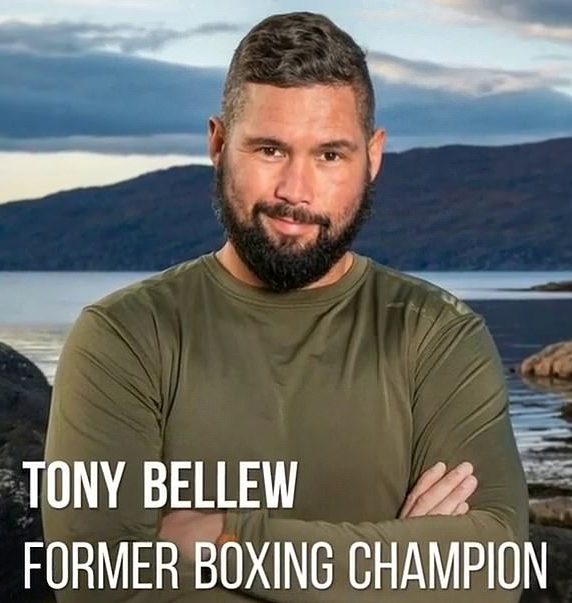 Tony Bellew has signed up for Celebrity SAS: Who Dares Wins 2020 (Credit: Channel 4)

Why did Tony Bellew quit boxing?

Tony retired from boxing after winning several titles and fulfilling all of his goals.

Opening up about his decision to quit, he wrote in his BBC column: "I've been told that less than 1% of fighters globally get to retire financially secure.

"The stat blows my mind because it is so sad, and I even see former world champions coming over to the UK and begging for work. I am so lucky to be able to make every penny I've made work for my family."

He added: "I'm being asked time and again if I'd come back to fight one guy or another but all the money in the world will not do it because there's no point in having all that money and maybe sipping my steak through a straw."

Rachel was also keen for him to quit boxing – with Tony even joking that she threatened rot divorce him if he didn't.

What time is Celebrity SAS: Who Dares Win on?

Will you be watching Celebrity SAS: Who Dares Win? Leave us a comment on our Facebook page @EntertainmentDailyFix and let us know.