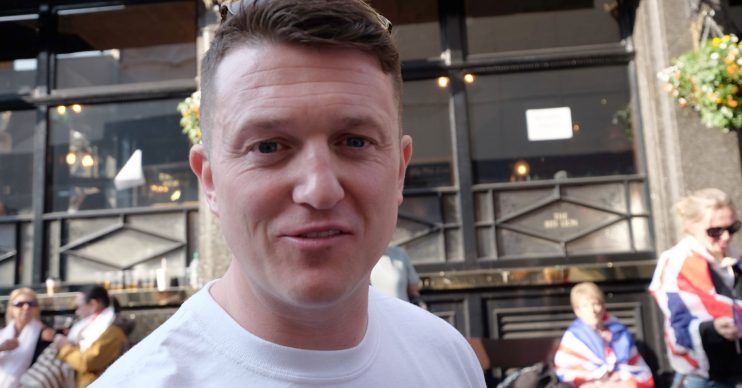 The other man was treated at the scene

Activist Tommy Robinson has reportedly been arrested following a fight at a Center Parcs swimming pool.

The far-right campaigner, 37, is reported to have been charged with common assault for allegedly ‘smacking’ a man in the face during a row at the leisure operator’s resort in Bedfordshire.

According to the Daily Mail, Bedfordshire Police confirmed Tommy, real name Stephen Yaxley-Lennon, has been bailed and is due to appear in court next month.

The publication reported that the English Defence League founder claimed he was attempting to stop a man he thought had committed an offence from leaving.

The Sun quoted a source who alleged that Tommy confronted the man and ‘smacked’ him in the face.

A spokesperson for the force said the individual received first aid at the scene but did not need to go to hospital.

They said: “We were called at around 1.10pm on Sunday to a report of an altercation between two men at Center Parcs, Woburn Forest.

“One man sustained an injury to his face, and received first aid at the scene. Stephen Yaxley-Lennon, 37, of Bedford, has been charged with common assault. He has been bailed ahead of a court appearance at Luton Magistrates’ Court on April 2.”

A Center Parcs UK spokesperson said: “I can confirm that an incident occurred at Center Parcs Woburn Forest on Sunday afternoon to which the police attended.”

Stephen Yaxley-Lennon has been charged with common assault.

Last summer, Tommy was handed a nine-month jail sentence for live streaming footage of defendants in a grooming gang trial on Facebook.

The anti-Islam activist was found guilty of contempt of court on July 5 following a two-day hearing at London’s Old Bailey.

But in September, he was released after serving nine weeks of his sentence.

He emerged from HMP Belmarsh sporting a shaggy beard, instead of his usual clean-shaven look, and reportedly said: “I look like a little cowardly convert. Salaam alaikum.”

Tommy was also quoted as saying that he was visited in prison by an imam every day and claimed it took 16 days for a Christian representative to visit him.

The first stop after his release was reportedly McDonald’s.