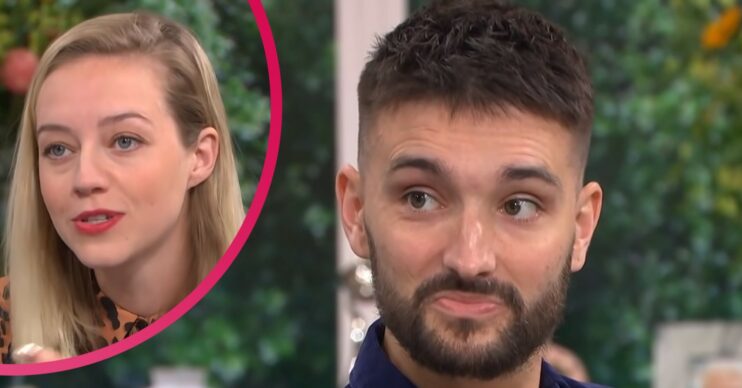 Tom Parker’s widow, Kelsey, has revealed how difficult it was to break the news to their kids that their singer father had died.

The Wanted star lost his 18-month battle with a grade 4 glioblastoma last month.

Kelsey was by his side when he died in a hospice, and was then forced to tell their two children daddy had gone.

Kelsey told The Sun: “Aurelia had been getting really confused when Tom went into the hospice.

“On the Wednesday when I knew I was going in to see Tom I said to her, ‘I want to make sure that Daddy is OK and the angels come and take him’.”

Kelsey admitted they had been straight with the kids from the start.

“We’ve just been really really honest with the children because you have to be.

“But having to tell her that her daddy had died, that was really tough.

“I couldn’t talk, it was like I had something stuck in my throat, I couldn’t say it but I knew I had to say those words to her because she had to know.”

When did Tom Parker die?

Tom died on March 30, 2022 after losing his brain cancer battle.

Kelsey revealed in the interview she was by his side and it was just the two of them when he went.

She felt he had achieved everything he wanted to and had decided “it’s time for me to go”.

The grieving mum said he hadn’t been in any pain and “there was so much love in the room” when he died.

Although the pair never discussed funeral plans, choosing to remain positive throughout, his send-off captured the nation.

Fans lined the streets as the coffin was driven to the church and his The Wanted bandmates Max George, Nathan Sykes, Siva Kaneswaran and Jay McGuiness carried it inside.

Loyal supporters were able to watch the service screened outside the church.

Kelsey gave a heartbreaking eulogy in a pre-recorded message.