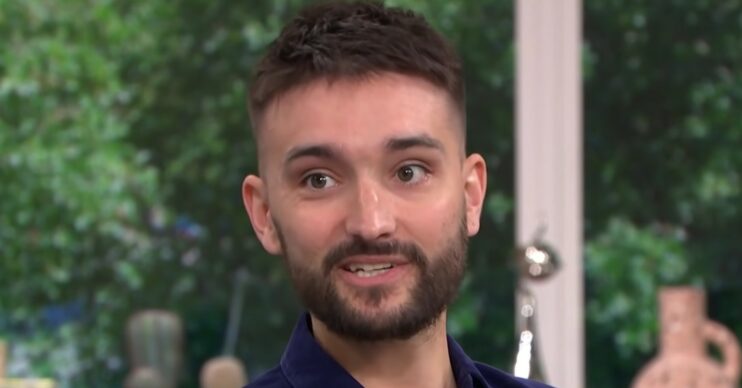 Tom Parker has reportedly travelled to Spain to receive revolutionary treatment for his incurable brain tumour.

The Wanted singer, 33, has undergone various treatments since being diagnosed with stage 4 glioblastoma in 2020.

Now, a report claims that Tom has been treated at a private facility overseas ahead of his band’s reunion tour.

A source told The Sun: “Tom has been vocal that he doesn’t think the options available in Britain are perfect so he’s trying elsewhere.

“The tour means so much to him, he cannot wait.

“The cancer treatment he goes through takes it out of him so it’s been good to go abroad and relax.”

It’s been good to go abroad and relax

The private facility in Spain is believed to offer patients oxygen machines, massages and a special diet.

Tom apparently received treament at a centre in the Costa del Sol.

ED! has reached out a representative for comment on this story.

Tom revealed in October 2020 that he had been diagnosed with stage 4 glioblastoma.

At the time, his brain tumour was classified as inoperable and “terminal”.

But following six rounds of chemotherapy and 30 radiotherapy sessions, Tom explained that the tumour is now “under control”.

Read more: Tom Parker flooded with support after asking fans to ‘pray for him’ amid cancer battle

The dad-of-two shared the update during an appearance on Loose Women.

He told the panel: “Stable, yeah! It’s pretty unheard of at this point. Really over the moon and very grateful.”

In addition, the musician also spoke about the need for better treatments in the UK.

Tom added: “Our new mission in life is to better the treatment for cancer, it’s appalling at the moment.

Meanwhile, earlier this month, Tom turned to his fans for support in a powerful post on Instagram.

Read more: Tom Parker reveals hopes for ‘more babies’ with wife Kelsey and to be ‘cancer free in 2022′

He penned: “Calling all my amazing followers. I would love for you all to get involved tonight and light a candle and say a prayer for me.

“It’s a new moon and supreme number 02.02.22. It’s a powerful day to manifest with the universe. So let’s all heal together.”

Tom’s post was inundated with support from followers, including Harry Redknapp.