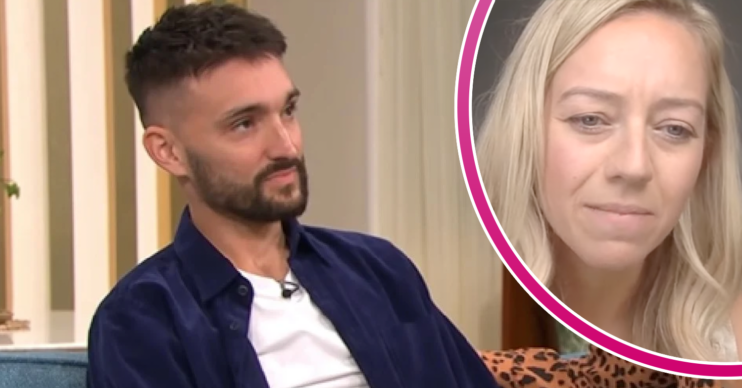 He died from brain cancer earlier this year

The Wanted stars “all reach out” to Tom Parker‘s widow Kelsey following his untimely death, she has revealed.

Speaking on the White Wine Question Time podcast, Kelsey admitted that it’s tough because the boys don’t really know what to say.

She also made a heartbreaking prediction for the boys when they return to the stage, this time without Tom.

Speaking on the podcast, Kelsey said The Wanted boys are “feeling pain from a different place to me”.

She admitted: “I just think they don’t really know sometimes what to say because what can they say?

“They’re feeling the pain from a different place to me.”

When they get back on stage and sing again, that’s just going to be so painful for them.

She then looked to the future, making a heartbreaking prediction for when the boys reunite as a four-piece without Tom.

“When they get back on stage and sing again, that’s just going to be so painful for them,” she said.

‘The band getting back together was massive for him’

The Wanted were an important part of Tom’s life, Kelsey said, and she said the band getting back together during his illness was “massive for him”.

“I think even for him to get through the whole treatment, just everything. I think the the band getting back together was was massive for him.

“Tom loved work, he loved music. He needed that band to get back together. I think he needed the boys to be behind him again, to feel that strength from them.

Tom died earlier this year, 18 months after he was diagnosed with an inoperable rare type of brain cancer.

He died peacefully with his bandmates and wife Kelsey by his side.

And Kelsey admitted that, although she “was so scared” of Tom dying, she found some “peace” after he had gone.

She said: “The thing you’re guaranteed in life is to be born and to die, and both can be magical.

“I was so scared of him dying but yet I just found some sort of peace with myself when he did pass, that it was happy, even at the end.”