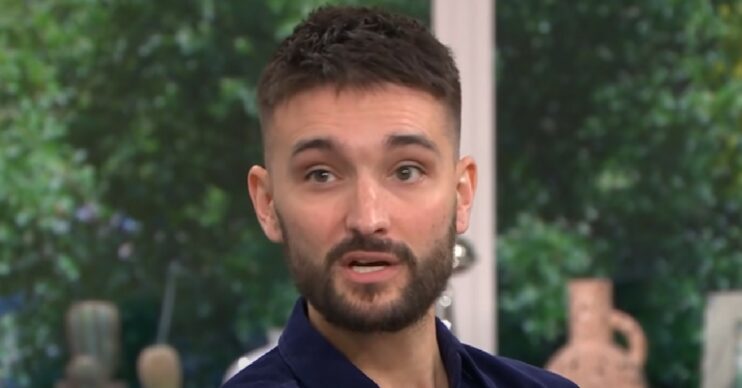 The singer is in Spain on a treatment programme

Tom Parker has revealed he’s had to pull out of a few The Wanted gigs amid his cancer battle.

The singer, 33, was diagnosed with stage 4 glioblastoma – an inoperable and incurable brain tumour – in 2020.

Tom explained on his Instagram on Wednesday that he’s been in Spain for the past couple of weeks on a treatment programme.

What did The Wanted star Tom Parker say?

He explained to fans: “So, as most of you know, I’ve been out in Spain on a treatment programme for the past couple of weeks.

“It was only meant to last 20 days but due to a couple of logistical changes with tests and results it won’t be complete until the end of the week now which has delayed our journey home.

“I’m obviously gutted that I’ll be missing the first few shows but as I’m sure you will understand, I have to complete my treatment cycle.”

Tom added: “I’ve been zooming into rehearsals all week and I know that the show will be incredible and that my boys will hold the fort until I’m back.

“Can’t wait to see you all very soon, hope you all enjoy the show.”

Fans were quick to support Tom and wish him luck with the treatment.

One person said: “Just take care of YOU, we will be there when you are!! Can’t wait!!”

Another wrote: “Tom, your health and treatment will always come first, no matter what.

“We are all so grateful to just have you boys back together as a band.

A third added: “Your health is more important than throwing a concert.”

Tom revealed in 2020 that he had been diagnosed with cancer.

At the time, he said it was inoperable.

Following six rounds of chemotherapy and 30 radiotherapy sessions, Tom explained that his brain tumour was “under control”.

Read more: Tom Parker flooded with support after asking fans to ‘pray for him’ amid cancer battle

During an appearance on Loose Women in December 2021, Tom said his condition was “stable”.

He added at the time: “It’s pretty unheard of at this point. Really over the moon and very grateful.”