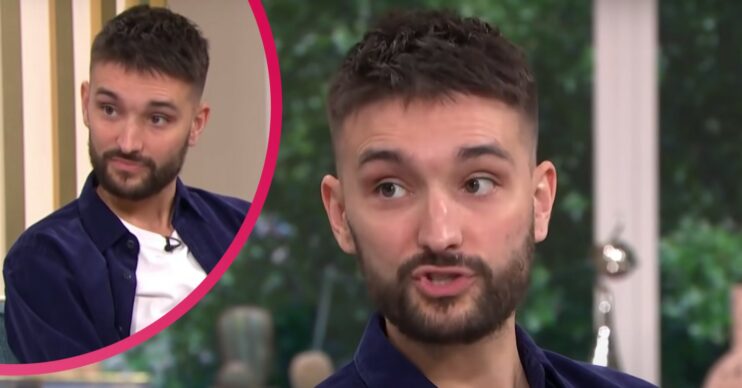 He appeared on stage with bandmates sitting on a throne

Tom Parker, who lost his life to cancer today (Wednesday, March 30), was hailed a “true hero” after his last public appearance.

He was praised by The Wanted bandmate Max George as the group concluded their tour.

Tom, 33, had been joining his fellow band members on stage during gigs across the country.

And before they performed in Liverpool on Thursday, March 17, Max commended his pal for being involved.

Sharing a black and white image of them both with his Instagram followers, Max said he looked forward to them doing it all again – heartbreaking to look back on now.

“You are a true hero mate. Can’t wait for the next tour with you…”

Fans praised Tom Parker as an ‘inspiration’ amid health battle

Many fans were excited about Max’s hint that the band could be planning to go on tour again.

But several more focused on his words about Tom.

“What a fighter our Tom is, a true inspiration, we love you Tom Parker,” one fan commented on the snap.

Tom is such an inspiration to many people!

“We are so proud of you Tom!” echoed another devoted supporter.

And a third agreed: “You boys always look so happy when you’re around each other.

“Tom is such an inspiration to many people! Love you so, so much.”

One image showed Tom sitting on a throne on stage with his bandmates.

He has recently used a wheelchair as he continues to fight against an inoperable brain tumour.

Max dedicated his thoughts to Tom: “We did it. @tomparkerofficial YOU did it!

“All I can say in words is thank you for making such beautiful memories over the last few weeks.”

Going by his wife Kelsey’s Instagram, dad-of-two Tom also had support in the audience from his young daughter Aurelia.

Tom was unable to make the first dates of the tour in Glasgow, Newcastle and Leeds at the start of the month as he was in Spain receiving treatment.

Kelsey announced his death this afternoon.