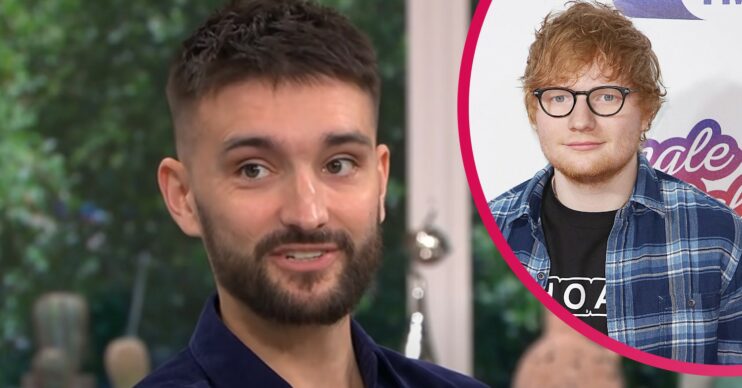 Tom passed away in March after battling cancer

Tom Parker has opened up on his upcoming book about the help he received from Ed Sheeran before his death.

In his memoir, which is set to released later this month, Tom revealed the generous donation he received from Ed after his cancer diagnosis.

In an extract from the book, obtained by The Sun, Tom wrote: “I’ve never publicly said this before (and he’ll probably be mad that I’m doing it now) but Ed is a very special man. He even helped out with my medical bills when I was seeking other treatment options and having private immunotherapy.

“He didn’t need to do any of that. My wife Kelsey and I are so grateful to him for his support, it meant the world.”

In addition, Tom shared: “Overnight, my entire world turned upside down and I was forced to re-evaluate the value of life itself. I was absolutely petrified – I couldn’t stop thinking about death.”

It meant the world.

After being diagnosed with stage 4 glioblastoma in 2020, Tom underwent various treatments to tackle his brain tumour.

The star even flew to Spain to receive revolutionary treatment towards the end of his life.

In March, his wife Kelsey confirmed the sad news that her husband had tragically died as a result of his illness.

Meanwhile, it comes after widow Kelsey appeared on Loose Women earlier this month.

It was the first time the mum-of-two had appeared on TV following her husband’s death.

During the show, Kelsey spoke about how she explained to daughter Aurelia that her dad had died.

She told the panel: “On the Wednesday, when he did actually die, in the morning I was leaving to go to the hospice and I just said to her, ‘I’ve got to go to make sure the angels come and take daddy. The angels are going to collect him.’

“Which is a really hard conversation. The next day I woke up and I had to tell her her dad’s dead.

“This is the advice I got – to be honest. I said, ‘Dad’s dead and he’s not coming back.’ So she’s still trying to digest that.”

Kelsey also has a one-year-old son with the late singer.