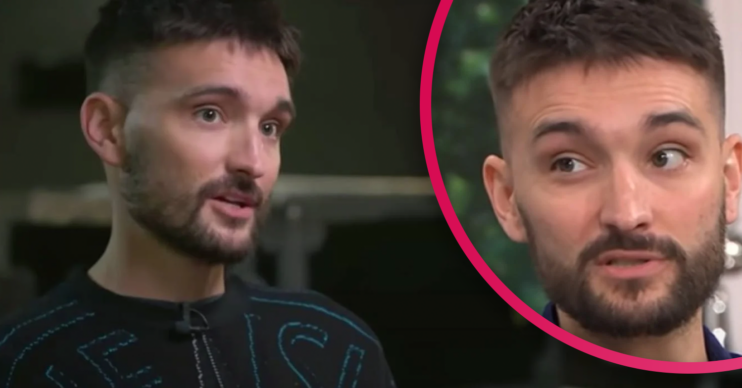 When was Tom Parker diagnosed with a brain tumour? How was he famous?

The singer has died at the age of 33

Tom Parker has sadly died aged 33, two years after being diagnosed with a brain tumour.

The singer was thrown into the spotlight after finding fame in The Wanted.

Tom toured the world and, together with his chart-topping bandmates, scooped a number of awards.

In 2014, The Wanted parted ways and, as a result, Tom went on to pursue solo projects.

Then tragically, in October 2020, he was diagnosed with a terminal and inoperable brain tumour.

Here, we take a look at Tom’s career, his personal life, his brave cancer battle and his fight to raise awareness of the disease.

How did Tom Parker rise to fame?

Tom was born in Bolton on August 4, 1988 and is best-known for being one fifth of pop group The Wanted.

The musician was selected to be in the band following a mass audition of more than 1,000 people.

The band went on to have huge success, selling 2 million singles and 600,000 albums in the UK.

They amassed a hoard of accolades, including a People’s Choice Award and a Radio 1 Teen Award.

At the peak of their fame, The Wanted was also nominated for two Brit Awards, an American Music Award, a MTV Video Music Award and 14 World Music Awards.

In 2014, the band announced they were going on hiatus to focus on their own solo careers.

Tom went on to appear in several reality shows, including The Jump, Celebrity MasterChef and The Real Full Monty.

He recently reunited with the boys on tour, much to the delight of fans.

Tom and bandmate Max George kept fans updated of how the tour was shaping up, with Tom pictured in a wheelchair at some points as he was too weak to walk.

Was Tom married and did he have kids?

But it was actually Tom’s friend and Wanted bandmate Max George who let their happy news slip.

Fans were quick to rib Max for his faux pas, with one tweeting at the time: “Deffo slipped up on that one!”

What type of cancer did Tom have and when was it diagnosed?

Tom revealed in October 2020 that he had been diagnosed with Stage 4 Glioblastoma. This is an inoperable brain tumour.

Tom had first visited the doctors in July last year after he experienced a seizure.

He was put on the waiting list for an MRI but suffered another episode six weeks later while in Norfolk on holiday.

During an appearance on ITV’s This Morning, he recalled: “I just remember coming round and having a big mark on my head. I didn’t know where it was from.”

Kelsey, who joined her husband on the sofa, said she had also noticed a change in him.

“I thought he was suffering from anxiety or depression,” she admitted.

“We were expecting a baby; was it the pressures of having a new baby? We didn’t know.”

But she added: “Tom was really good because every sign and symptom he had, he took himself to the hospital.”

It is with the heaviest of hearts that we confirm Tom passed away peacefully earlier today with all of his family by his side.

Tom told hosts Holly Willoughby and Phillip Schofield: “I knew there was something wrong.”

The star’s diagnosis came following an accelerated MRI scan. Due to Covid restrictions at the hospital, he was alone when he was given the devastating news.

“They literally pulled the curtain round with four other people on the ward and was like, ‘You’ve got a brain tumour’,” Tom said. “I was on my own.”

What treatment did Tom have?

Tom and Kelsey refused an official prognosis as. result of his diagnosis.

Explaining why, Tom said: “I know what the statistics are of this disease but I just don’t want to hear it.”

In an interview with The Sun, the dad-of-two admitted how tough he found it.

He said: “Those were the darkest days of my life. Going up there and lying under those radiation machines were awful.

How was Tom’s death announced?

In a statement, she said: “It is with the heaviest of hearts that we confirm Tom passed away peacefully earlier today with all of his family by his side. Our hearts are broken.”

She added: “Tom was the centre of our world and we can’t imagine life without his infectious smile and energetic presence.

“We are truly thankful for the outpouring of love and support and ask that we all unite to ensure Tom’s light continues to shine for his beautiful children.”