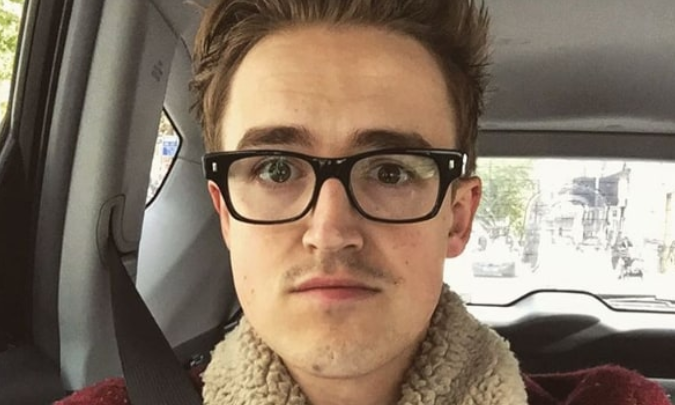 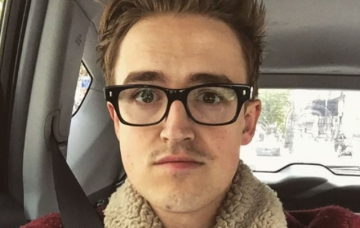 He announced the birth of little Max yesterday

Yesterday, he announced that wife Giovanna has given birth to their third child, another little boy.

The proud dad, 33, shared the happy news with his social media followers, alongside an adorable picture.

Max Mario Fletcher was born yesterday afternoon. We have THREE sons! Totally in love with the little dude. pic.twitter.com/tZ3PvkJb6V

What a cool name! And Mario is a nod to the tot’s uncle, Giovanna’s brother and reality star Mario Falcone.

Giovanna also shared the joyful news with her Instagram followers, posting a beautifully intimate shot of her kissing the newborn.

She revealed that their two older sons are very excited about his arrival.

Tom and Giovanna are already parents to Buzz Michelangelo and Buddy Bob.

The couple announced they were expecting again in March this year, in typically creative fashion, and revealed they wouldn’t be finding out the sex.

Earlier this month, Giovanna, also 33, shared a picture of the family enjoying their final trip as a foursome.

We’ve just had our last family trip before we become a family of 5. Still lots of work to do and things to organise, but it was great having some time away with our extended families this weekend. It was our second stay at Marsden Manor and it’s even better in the summer than it was in the winter. So great seeing these two monkeys running around enjoying the gorgeous gardens. Thanks Kate & Tom’s for making the trip extra special and Mario and Becky for organising. We’re now off home before heading to a midwife appointment and scan. Whoop whoop! Xxx @kateandtoms @mario_falcone17 @beckymiesner1 @tomfletcher

Celeb pals and fans have rushed to congratulate the couple, with presenter Emma Freud welcoming him to the ‘three sons’ club!

Are all your children the same gender? Leave us a comment on our Facebook page @EntertainmentDailyFix and let us know what you think!